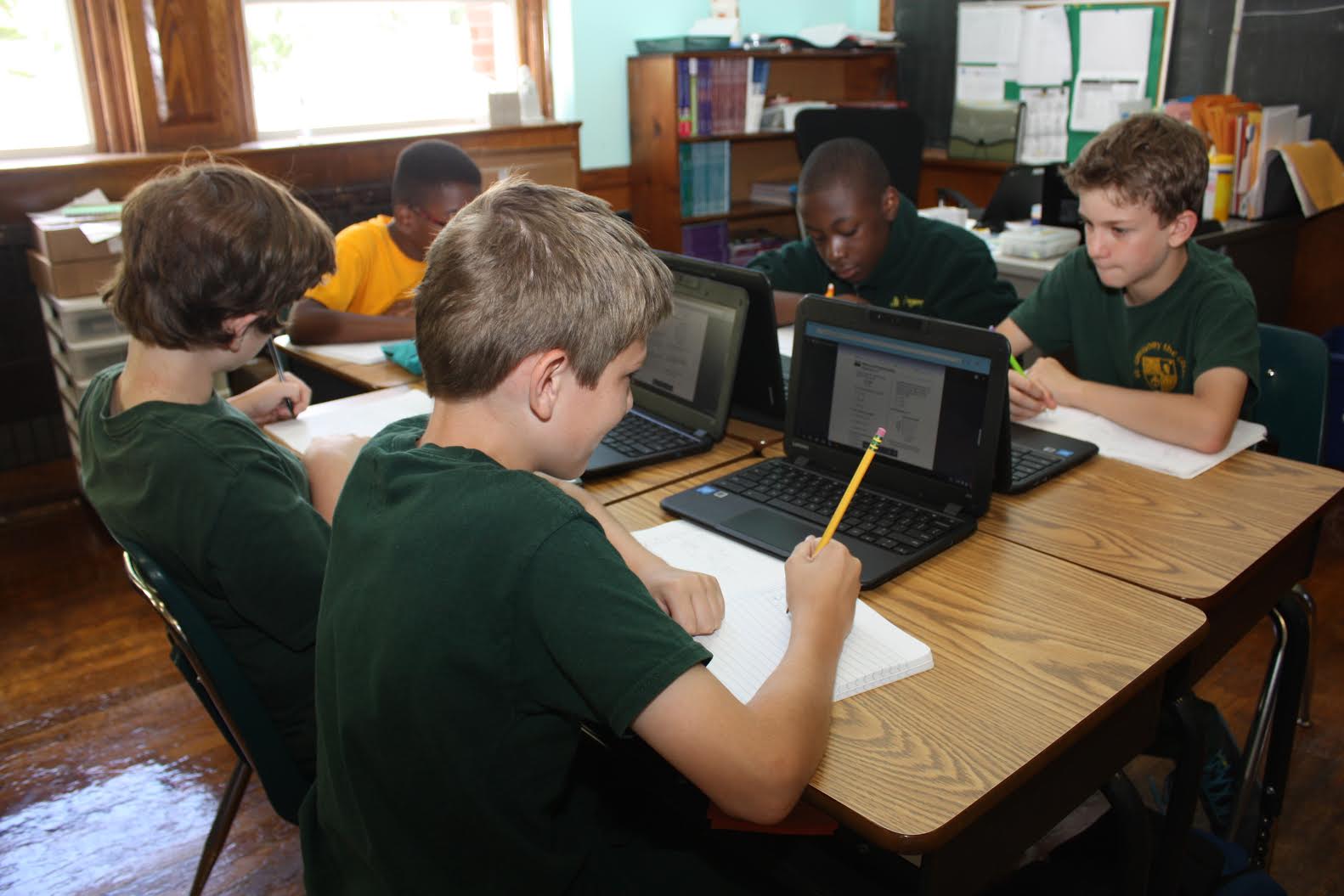 Bellerose, September 27, 2017 – With the 2017-18 academic year recently beginning, students in grades three through five at St. Gregory the Great Catholic Academy in Bellerose received their Chromebooks as a part of the “Greg’s Goes Google” 1:1 (one-to-one) initiative. Last year, grades six, seven and eight received their Chromebooks. A 1:1 program is critical for students because it allows for a differentiation of content delivery in the classroom, particularly through the educational resources to which St. Gregory subscribes. St. Gregory’s recognizes this and pursued this to ensure success of its students.

Students in these grades can now easily be networked with each other both in and outside of the classroom. The Chromebooks easily integrate with the Google platform that St. Gregory’s uses. With Google Classroom, the discussion continues outside of the classroom. The 1:1 initiative, also allows for students to go paperless in some aspects. St. Gregory’s principal still firmly believes textbooks are needed to ensure proper cognitive development.

“The brain interprets printed and digital text in different ways. According to technology writer Nicholas Carr, reading hyper-linked text may increase the brain’s “cognitive load,” lowering the ability to process, store, and retain information, or “translate the new material into conceptual knowledge.”

St. Gregory’s released its Five-Year Plan in 2014. Year One incorporated a major overhaul of the network infrastructure including the addition of wireless access points, and new wiring throughout the building. We also introduced the use of Google Classroom to select grades. Years two through five include devices for the students. The primary grades will receive Google Android based tablets. “Greg’s Goes Google” is not only a five-year device initiative, but also embraces the Google platform in various ways.

St. Gregory the Great Catholic Academy is dedicated to providing a rigorous academic program, with extracurricular activities, to produce well-rounded students who are friendly, hardworking, enthusiastic, and high-achieving. Offering academic programs for Nursery through 8th Grade, St. Gregory’s is committed to preparing students for success in high school, college, and beyond. 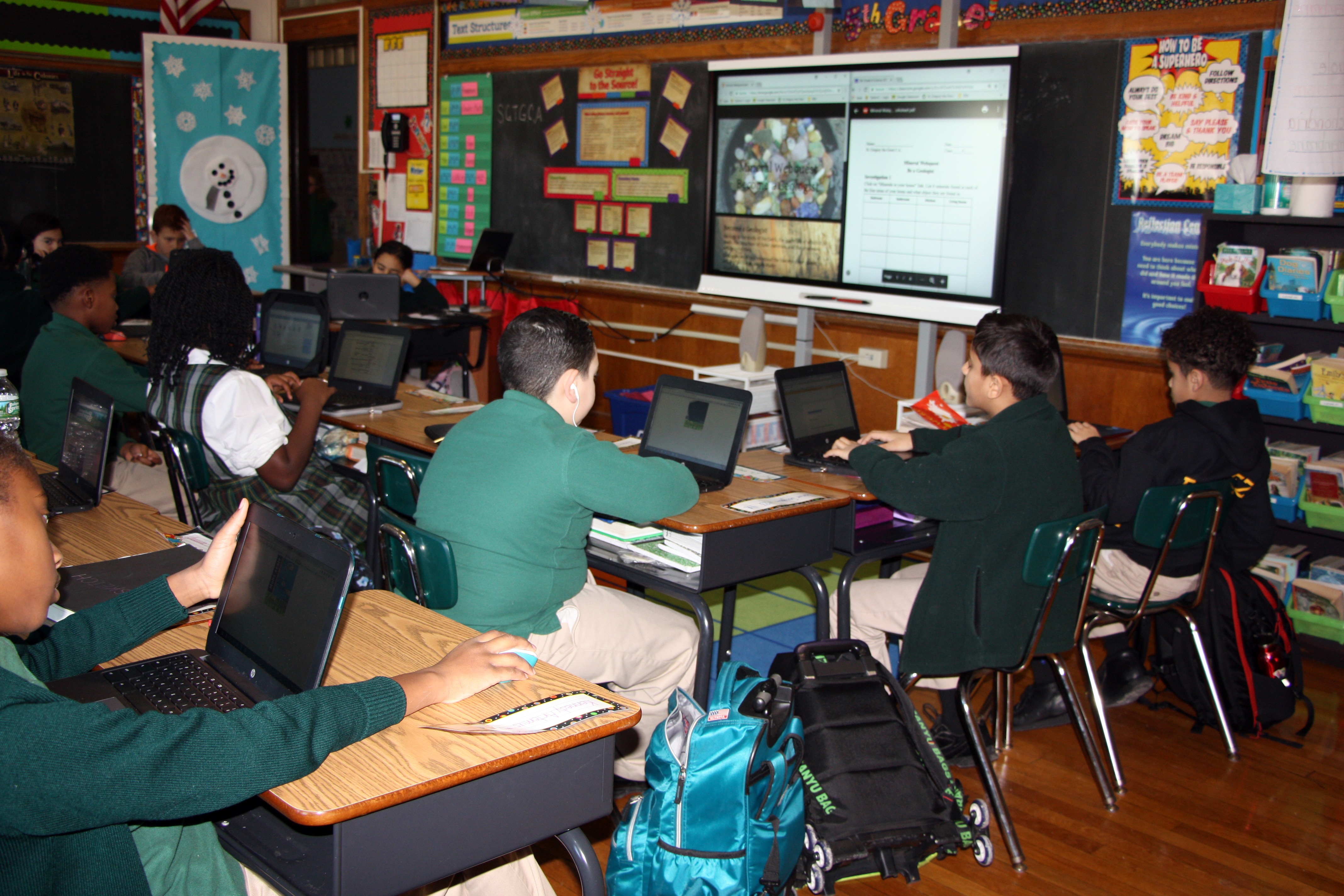 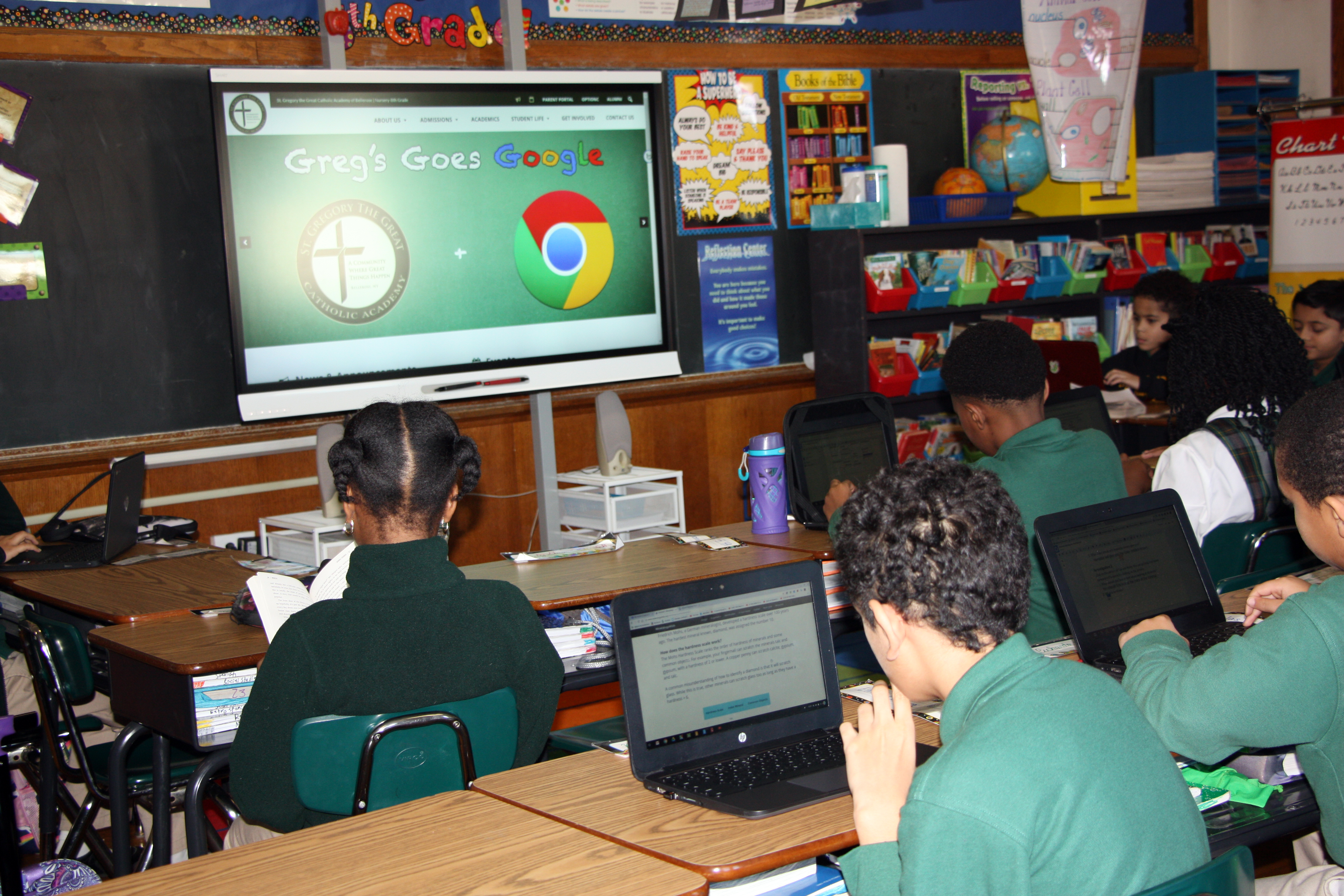 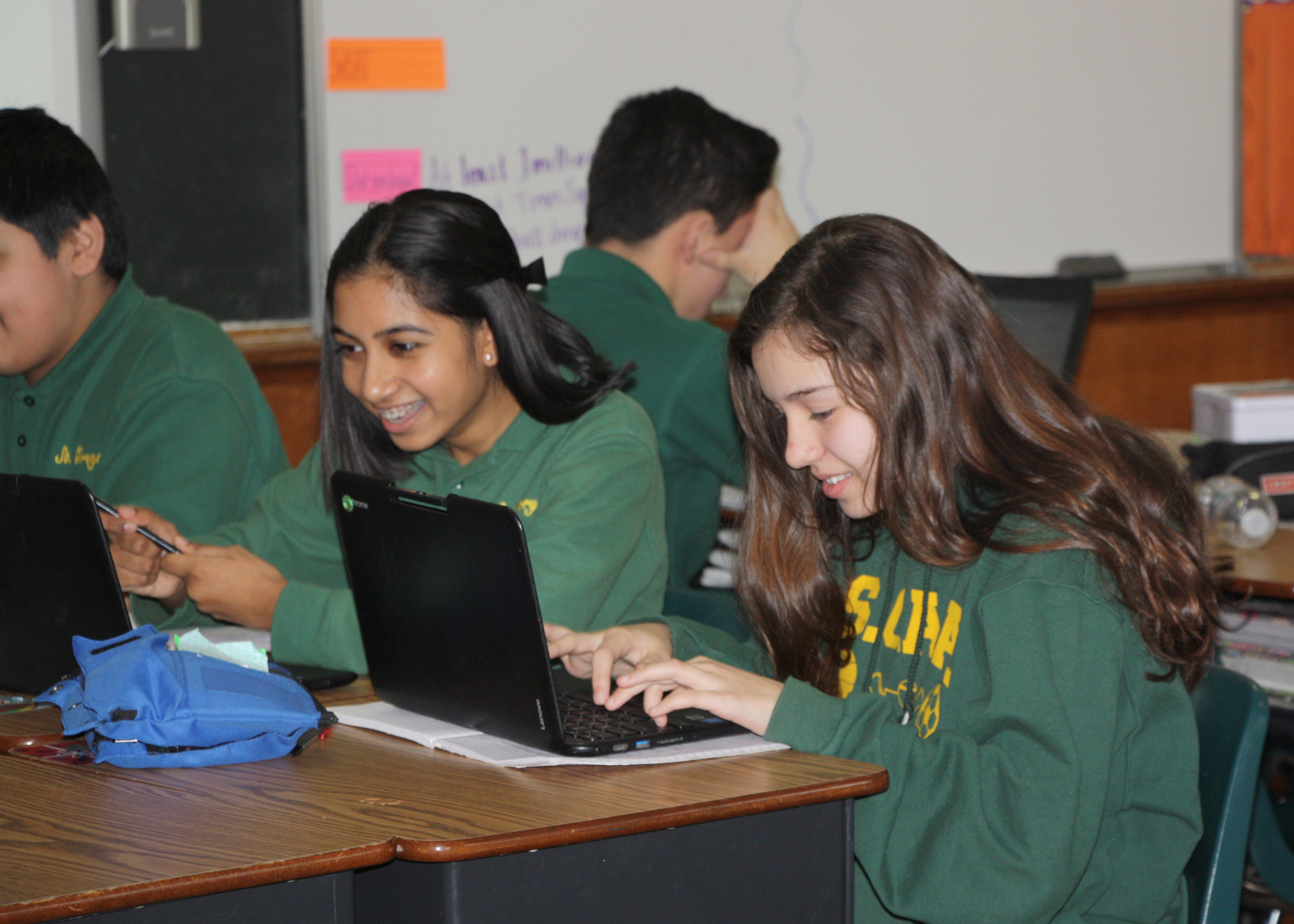 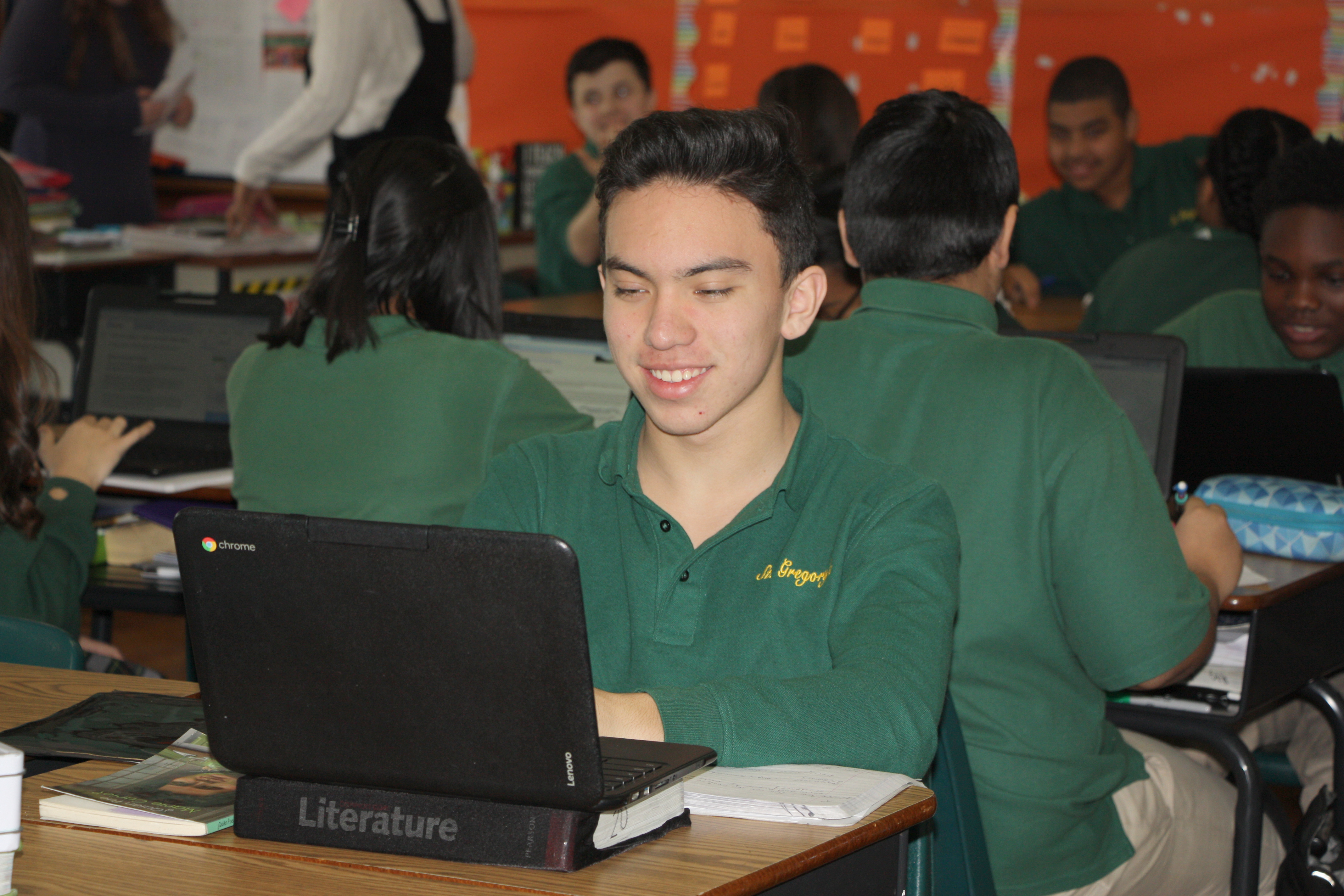 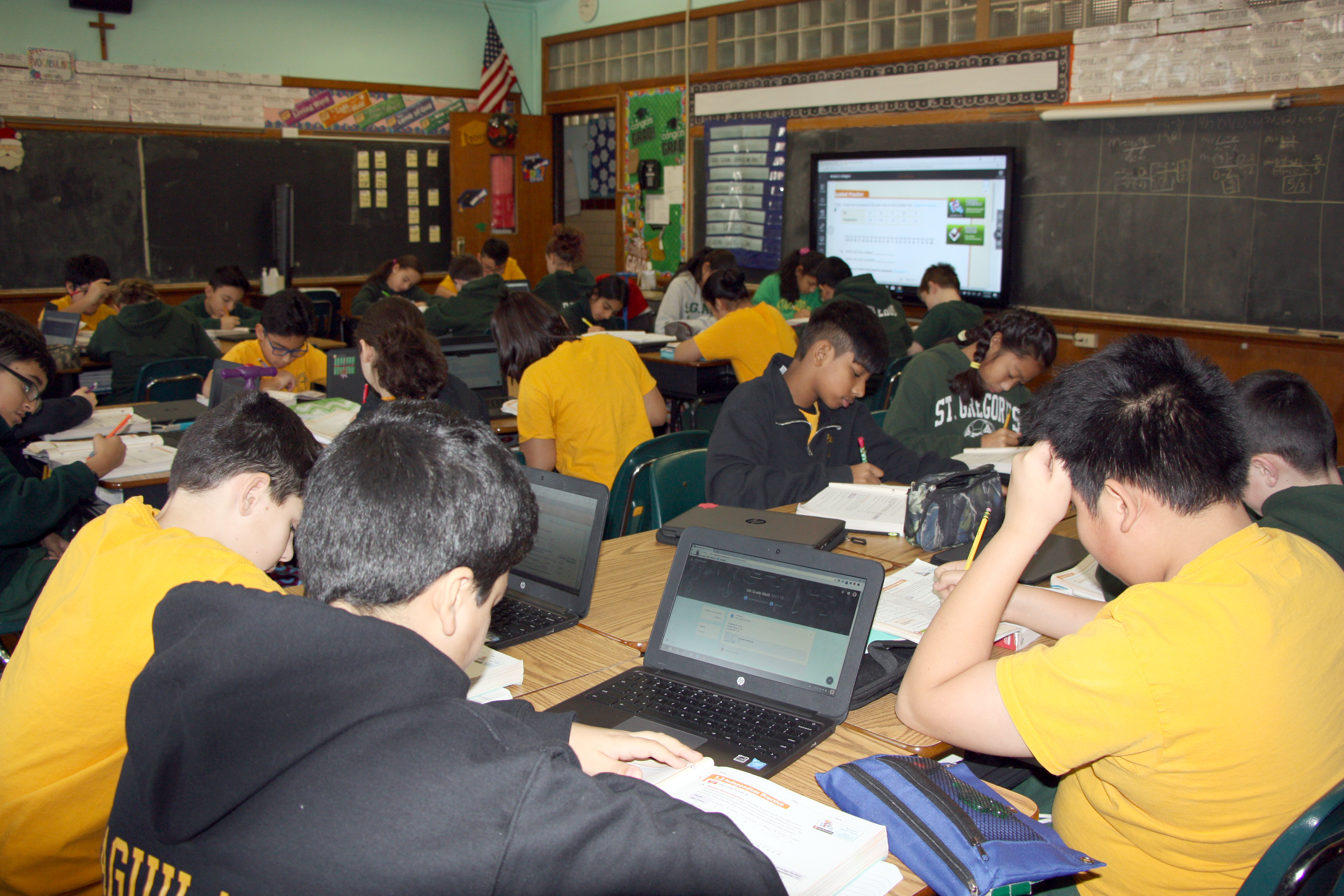