On Dec. 2, the Diocese of Brooklyn launched a new advertising campaign encouraging people to return to Mass. The campaign showcases different messages inviting people of Brooklyn and Queens to join their closest church.

“By coming among us as a man, God expresses His solidarity with humanity. Christmas is that time of year when we celebrate that great generosity of God by recommitting ourselves to one another,” said the Most Reverend Nicholas DiMarzio, Bishop of Brooklyn.

The campaign includes a series of print ads and 30-second radio messages focusing on its main theme: “Join us this Christmas.” The posters will be advertised in multiple languages to meet the needs of each neighborhood.

“New York is an exciting place to live. Yet for some it can also be lonely. We launched this campaign to remind our neighbors that they are not alone, that we are family,” said Monsignor Kieran Harrington, Vicar for Communications for the Diocese of Brooklyn.

“These creative ads are our response to Pope Francis’ call for a Church of mercy and hope, ‘where everyone is welcomed, loved and forgiven’,” added Bishop DiMarzio.

The Diocese of Brooklyn, which also encompasses the borough of Queens, serves more than 1.4 million Catholics. Due to its multicultural and diverse populations, Masses are regularly held in 33 different languages across the Diocese, throughout 187 parishes with 213 churches.

On Dec. 2, the Diocese of Brooklyn launched a new advertising campaign encouraging people to return to Mass. The campaign showcases different messages inviting people of Brooklyn and Queens to join their closest church.

A slideshow of the ads is below, and the complete press release is here. Scroll down for downloadable, high-resolution images of the ads. 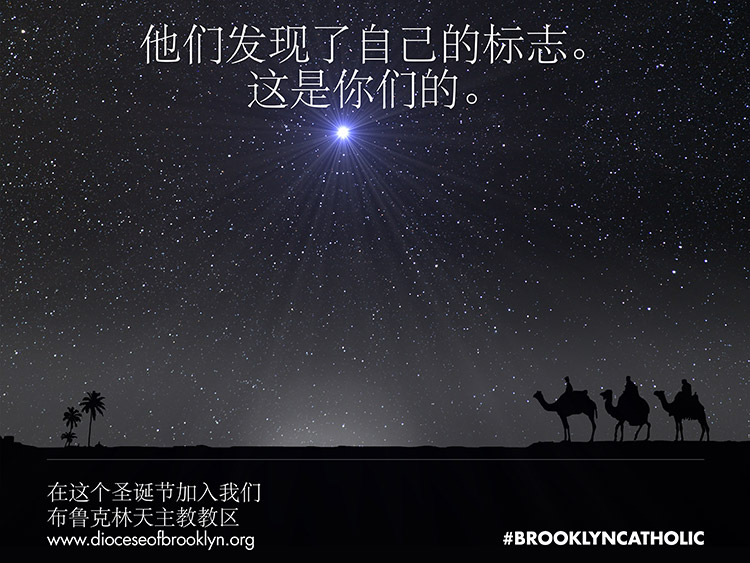 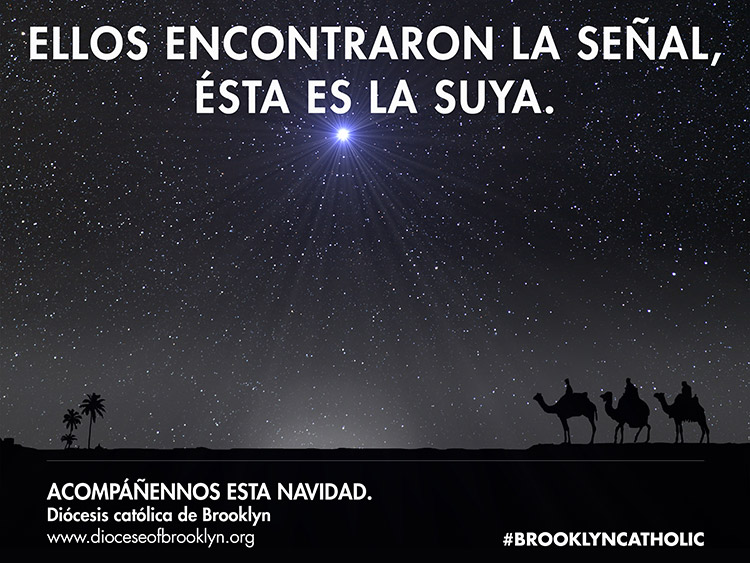 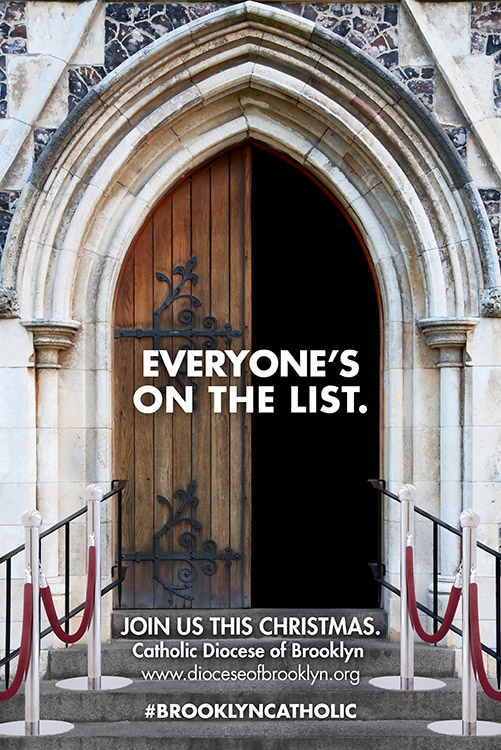 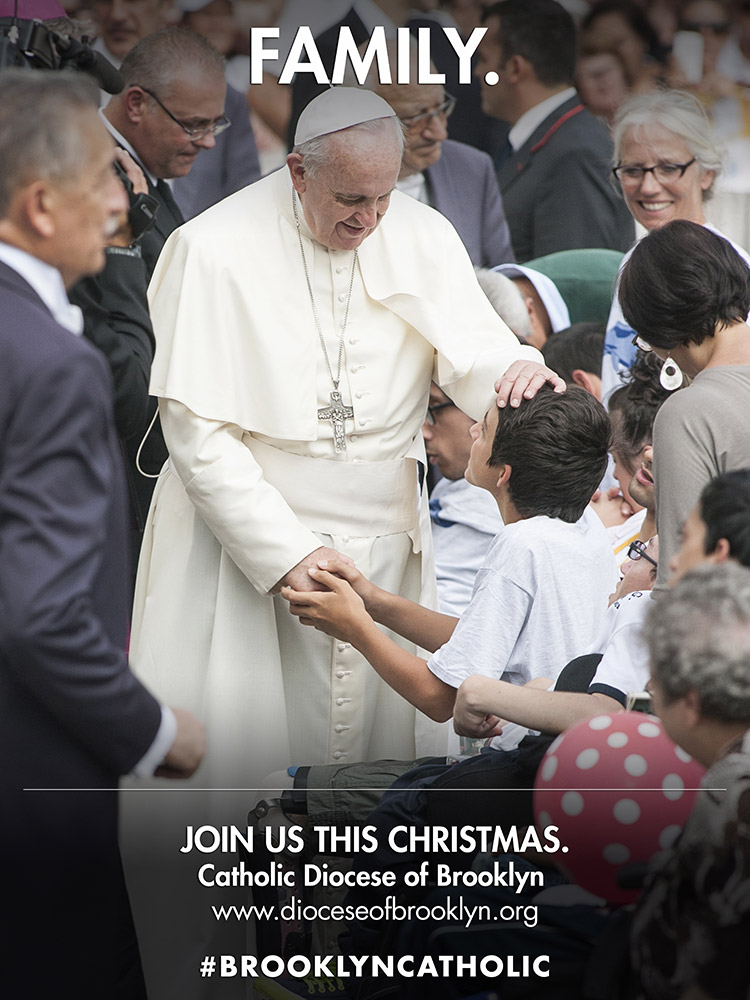 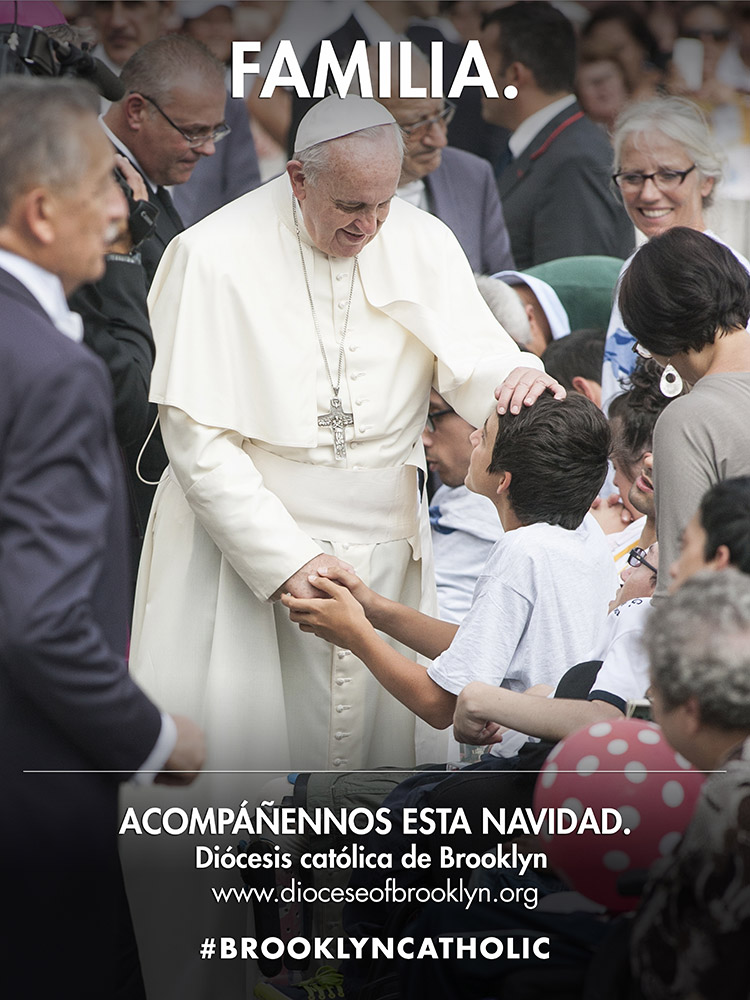 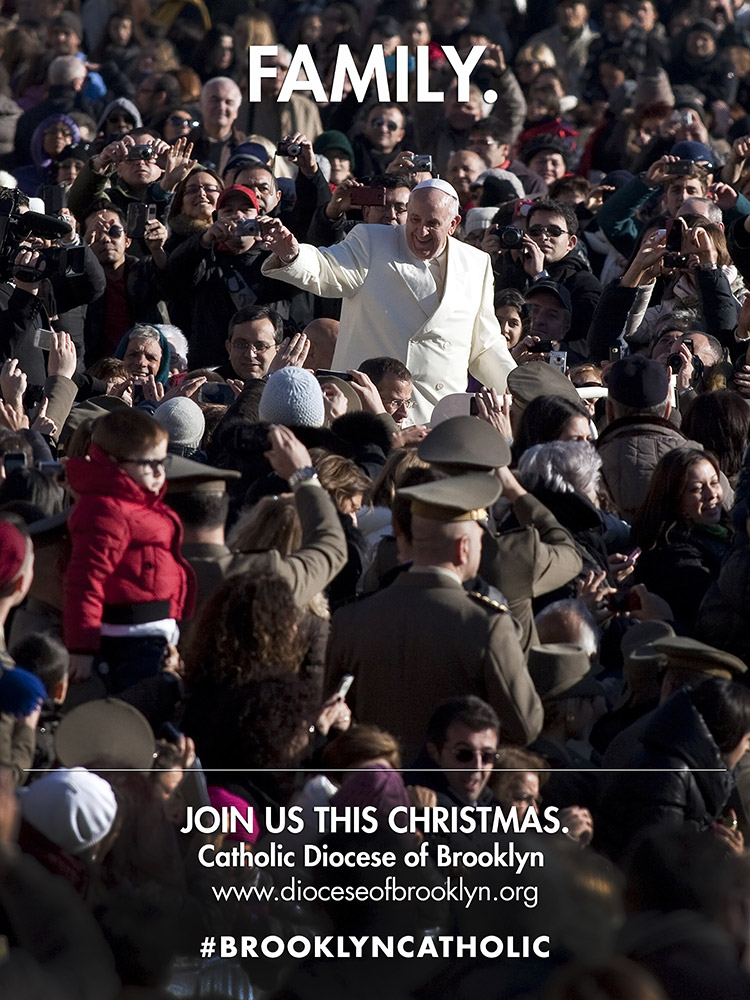 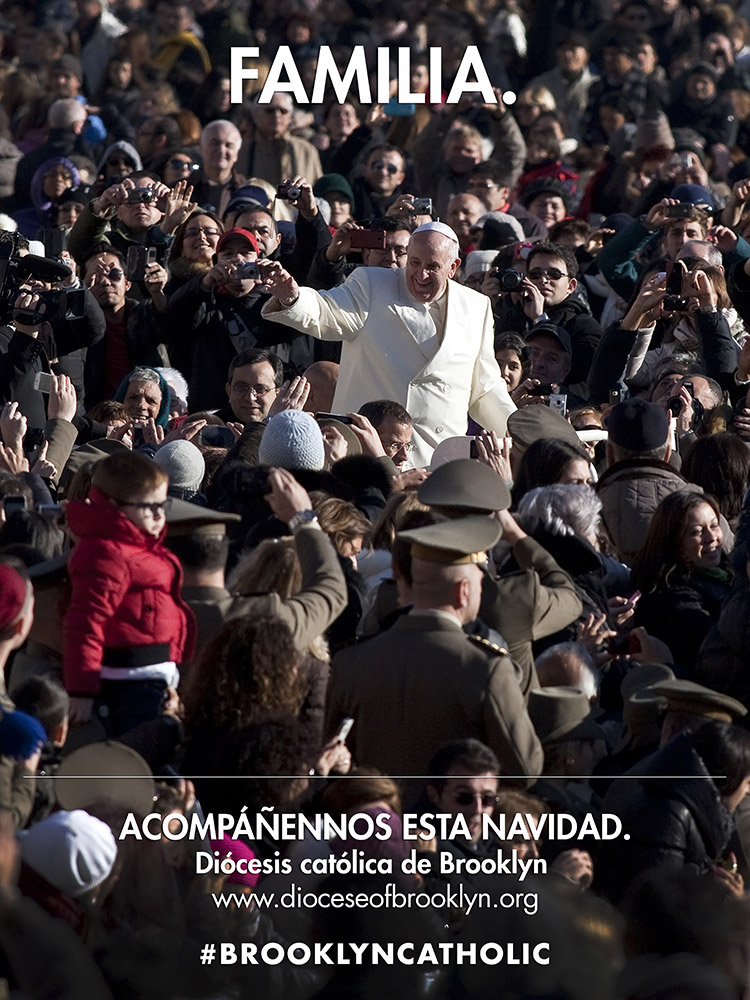 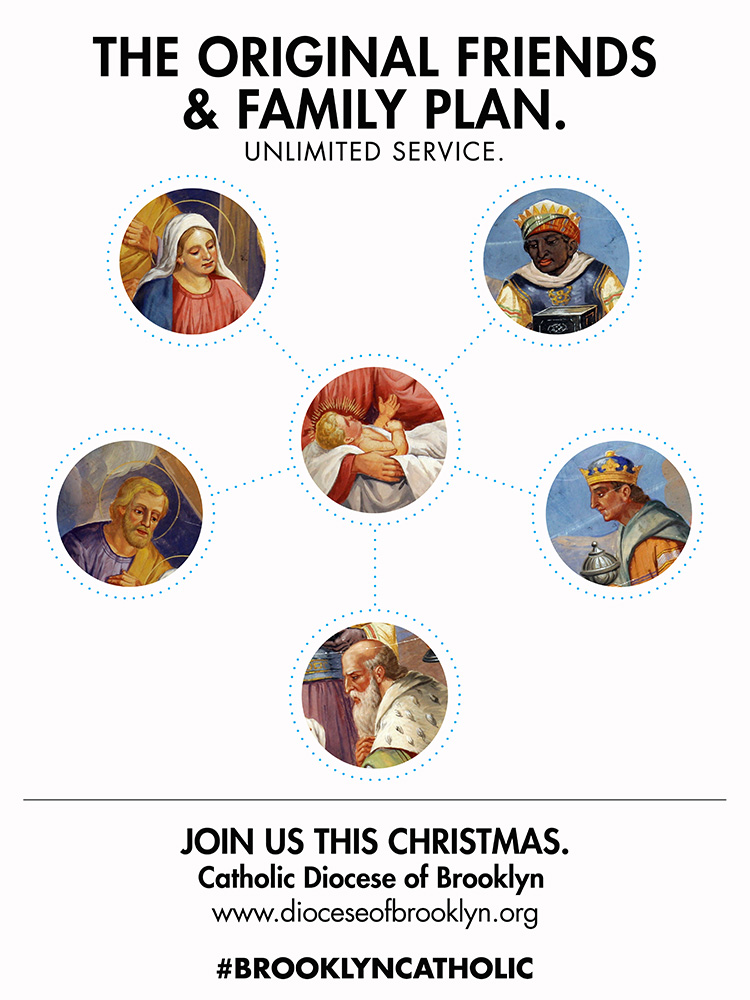 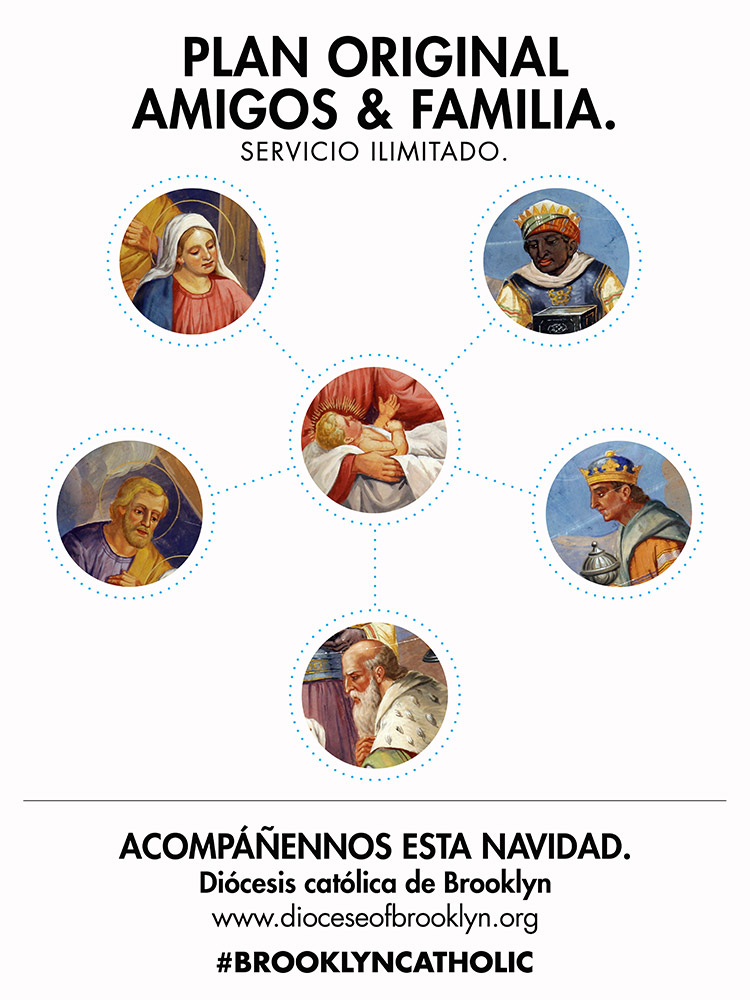 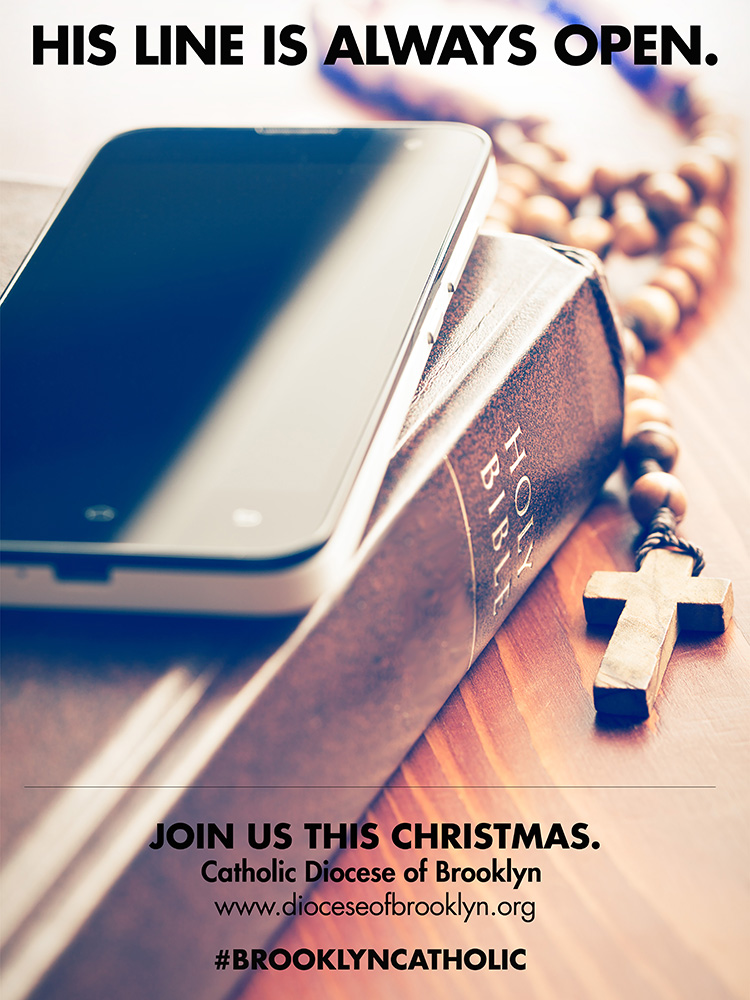 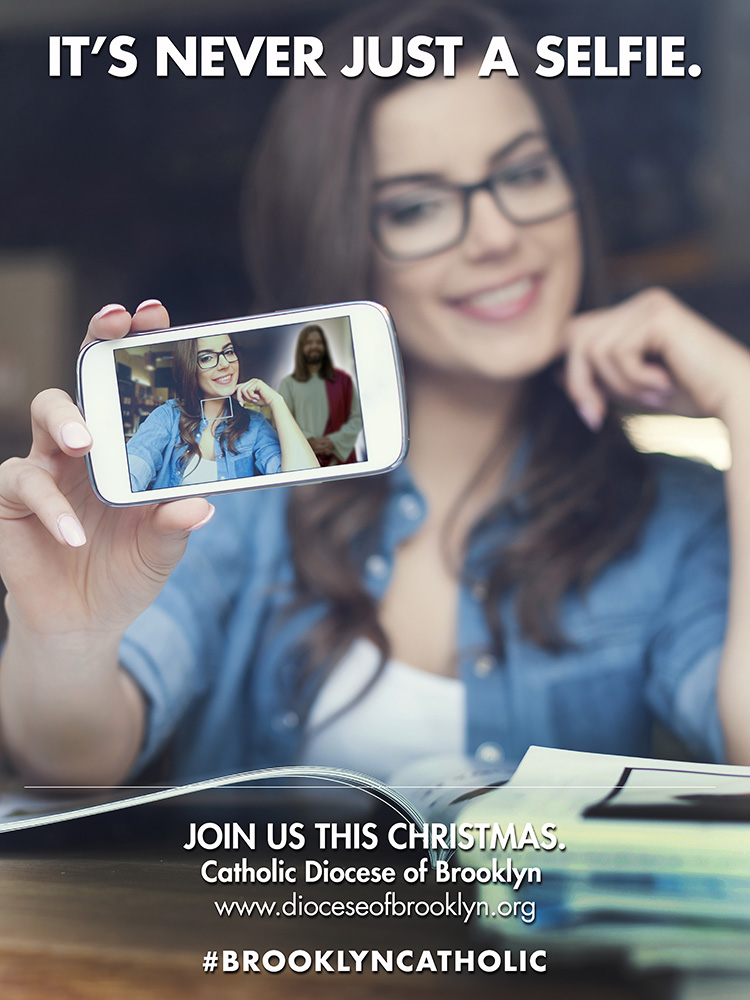 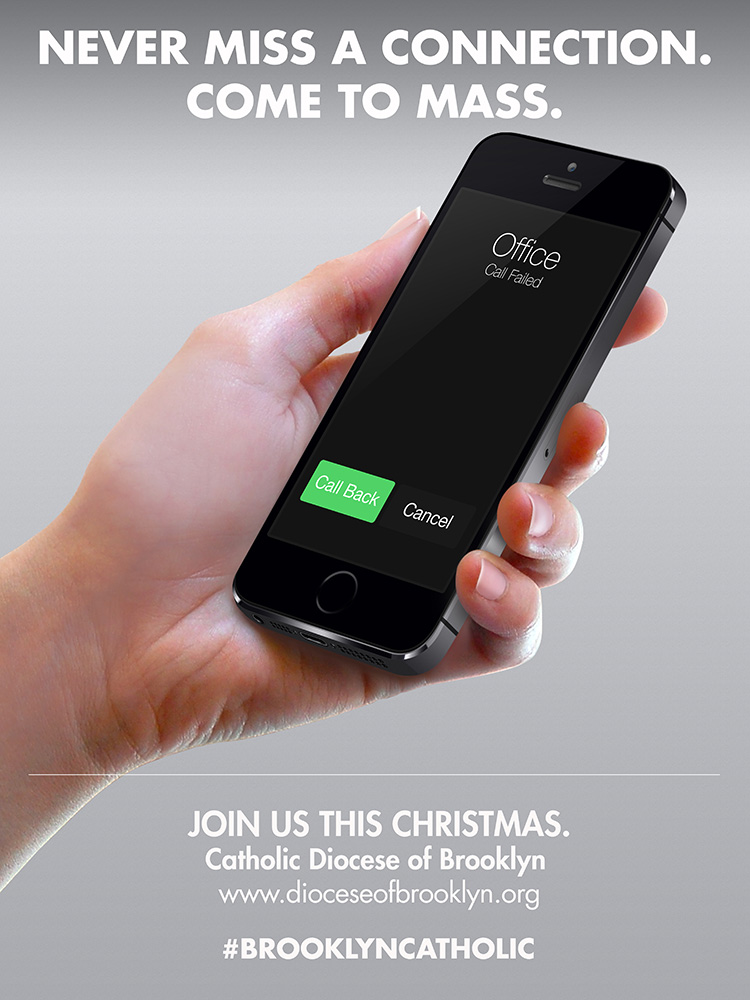 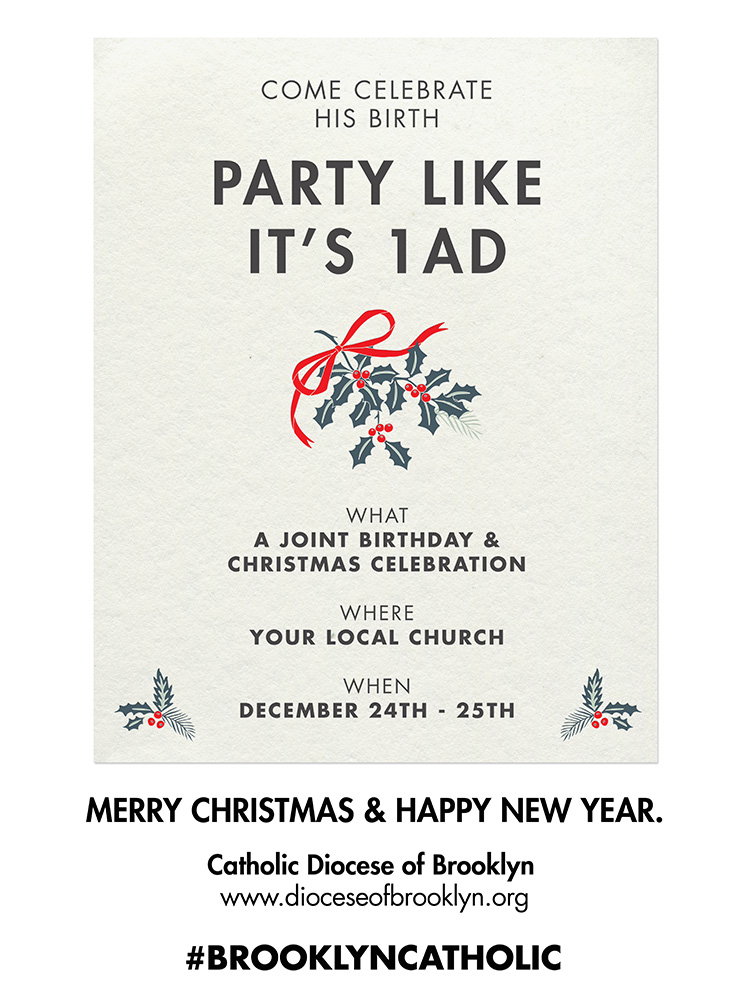 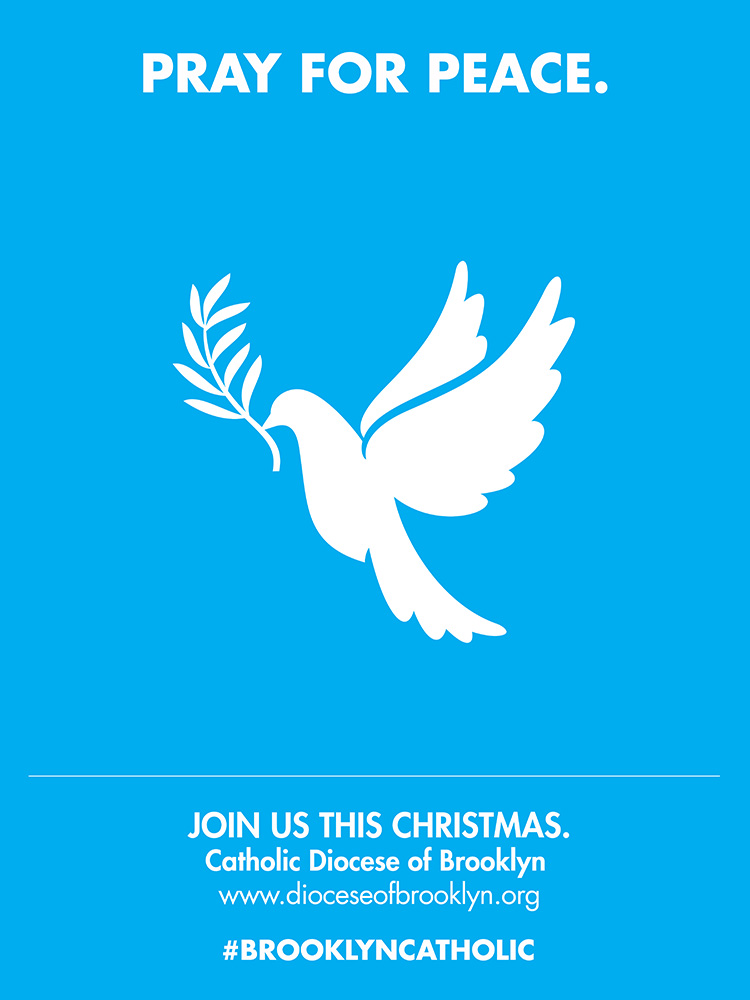 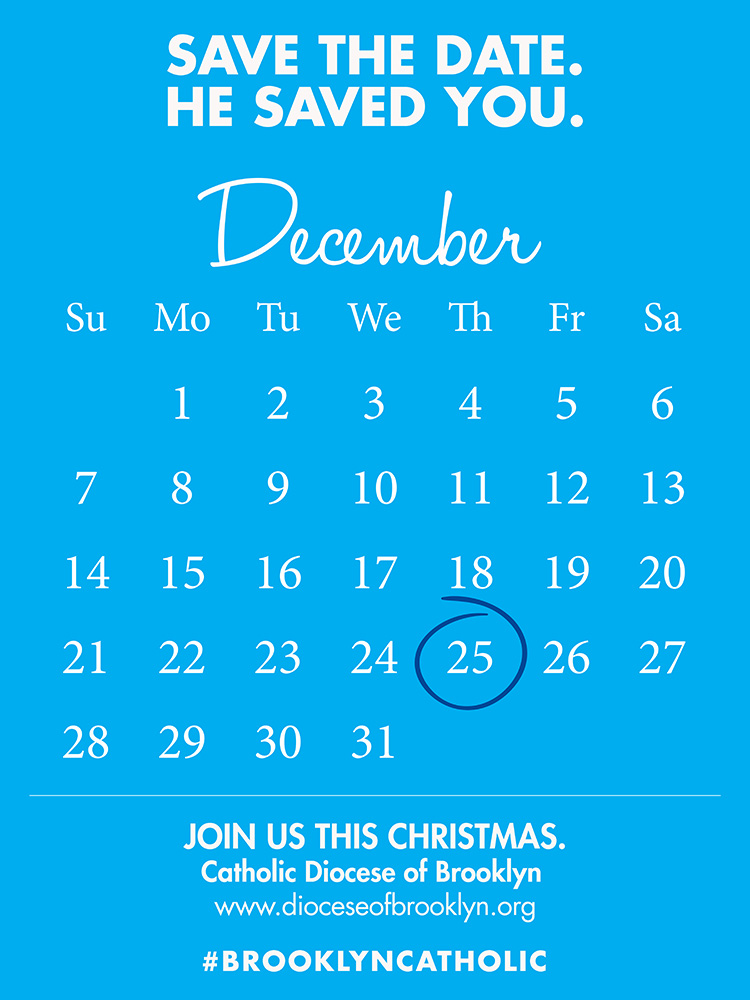 All proceeds from this year’s event benefited Cristo Rey Brooklyn High School. For over six years, the Brooklyn school has been educating young people of limited economic means to become men and women of faith, purpose and service. The school is part of the Cristo Rey National Network, which utilizes the innovative Corporate Work Study Program to help finance their education and make it affordable to students who might not otherwise have access to a quality education.

The event, which raised $100,000 for Cristo Rey Brooklyn, also honored Reverend Monsignor Peter Kain of St. Ephrem as Pastor of the Year, and Robert Catell, board member for Cristo Rey.

END_OF_DOCUMENT_TOKEN_TO_BE_REPLACED

Archbishop Claudio Maria Celli, the president of the Pontifical Council on Social Communications and one of the originators of the Pope’s Twitter feed, was the keynote speaker at the Diocese of Brooklyn’s World Communications Day Conference on Thursday.

Photos of the event are here.

Some highlights from Archbishop Celli’s speech and a video interview with the Archbishop are below:

It’s absolutely necessary that the Church establish a presence in the digital world.

The Church is a community of communities. Its use of social media should reflect that.

The high rate of retweeting of the Pope’s tweets means that the Church is reaching an ever-wider community.

People no longer pay attention–if they ever did–simply because a church leader is speaking.

Unless we engage digital media, we will wind up talking to ourselves.

On Thursday, May 22nd, the Diocese of Brooklyn will host its 23rd Annual World Communications Day Media Conference at the Marriott Hotel at Brooklyn Bridge. This year’s theme chosen by the Holy Father, Pope Francis, is “Communication at the Service of an Authentic Culture of Encounter.”

Initiated in 1992, the conference’s purpose is to bring together, connect and create comradeship among print and digital journalists and executives from both secular and religious fields.

This year the Diocese will honor His Excellency, the Most Reverend Claudio Maria Celli, President of the Pontifical Council for Social Communications, with our St. Francis DeSales Distinguished Communicator Award. He will also be the principal speaker for the occasion. END_OF_DOCUMENT_TOKEN_TO_BE_REPLACED