Monthly Days of Retreat were offered during the Year of Consecrated Life (2015) by the Vincentian Priests at St. John’s University for religious in the Dioceses of Brooklyn and Rockville Centre. 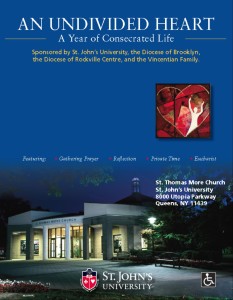 Click on the date to watch a video of the talk: