The Diocese of Brooklyn, in partnership with the Archdiocese of New York and the Diocese of Rockville Centre, is launching its annual Lenten campaign to promote the Sacrament of Confession. On the Monday of Holy Week, which falls on March 21 this year, churches in the greater New York City area, New York’s upper counties and on Long Island will be open for confession from 3 p.m. through 9 p.m. This initiative, known as Reconciliation Monday, has become an annual event in the participating dioceses.

Ads for this year’s campaign are inspired by the words of Pope Francis in his book, The Church of Mercy. With the quote “We are not alone,” one ad shows a man walking down the street. While there is only one man, there are two shadows suggesting the presence of Jesus by the man’s side. The other ad shows a close-up of hands reaching through the bars of a jail cell, clasped in prayer. The images are accompanied by an invitation to confess at any parish within the three Catholic dioceses.

The ads were created by DeSales Media Group, the communications and technology arm of the Diocese of Brooklyn, in both English and Spanish.

“The ads convey the powerful words of our Holy Father. Although we may sometimes feel alone, Jesus is always present in our lives. Reconciliation Monday is an open invitation to strengthen our relationship with the Lord. It is an opportunity to reconcile with ourselves, with one another, and to reconcile to God,” said Monsignor Kieran Harrington, Chairman of DeSales Media Group and Vicar for Communications for the Diocese of Brooklyn.

In promotion of Easter Sunday Masses throughout the Diocese of Brooklyn, a personal message from the Most Reverend Nicholas DiMarzio, Bishop of Brooklyn, will be broadcast on local radio stations. The messages, on Lite FM and WOR in English as well as on Radio Amor in Spanish, will air during Holy Week. Bishop DiMarzio will invite listeners to join in the Easter celebration on March 27th at any of the churches of the diocese in Brooklyn and Queens.

To find your closest church for Reconciliation Monday and Easter Mass, click here for Brooklyn parishes and here for Queens parishes. 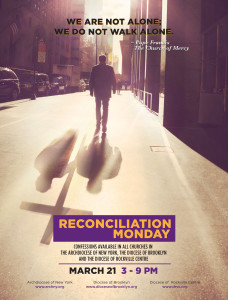 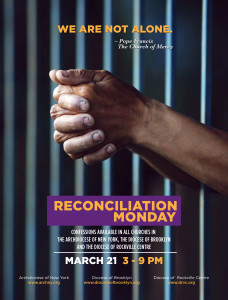 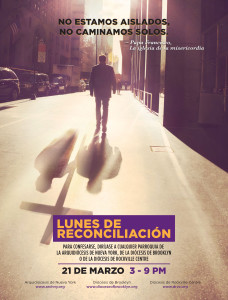 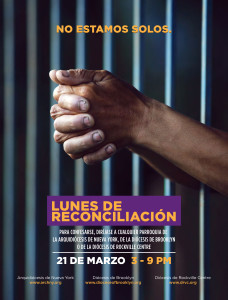