Catholics Care – Diocese of Brooklyn has been working this week in Puerto Rico.
We have been helping homeowners in Yabucoa & Humacao who have not had power since the storm.
We are working with All Hands and Hearts, a mission relief group that trains us to do the work we are doing.
That work is:
Roofing: identifying sources of leaks, getting rid of roof sections where there are holes causing leaks, and applying new roof material. Part of this work also involves cement patching big holes in roofs.
Mold Remediation (being done by the people wearing white suits in video and pictures) These crews have been getting rid of mold on the ceilings of homes and sanitizing them to get them ready for re-painting.
Attached are some pictures.
FOR IMMEDIATE RELEASE: April 20, 2018

On Sunday, April 22, Catholics Care volunteers are taking off to help our brothers and sisters in Yabucoa, Puerto Rico, in the southeastern part of the island. Yabucoa is where Hurricane Maria first made landfall last September, so it bore the strongest part of the storm. There has not been power in the coastal town since the hurricane hit.

The group of 15 Catholics Care volunteers will be working from Monday, April 23 to Friday, April 27 with a relief organization, All Hands and Hearts. The non-profit relief organization addresses the immediate and long-term needs of communities post natural disasters. The volunteers will be removing debris, fixing and laying tarps on damaged roofs, and performing minor demolition work as directed by All Hands and Hearts.

This is the second Catholics Care volunteer mission. Last November, the Diocese of Brooklyn led a group of volunteers to help the people of Houston, where lives were severely disrupted by Hurricane Harvey. Those volunteers did “mucking and gutting” of homes, which involves demolition of sheetrock, removing nails from studs and overall debris removal. The group also worked at Catholic Charities headquarters and at their food donation warehouse. 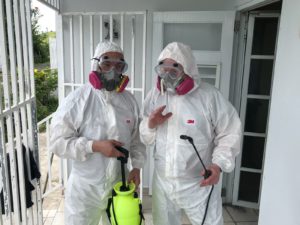 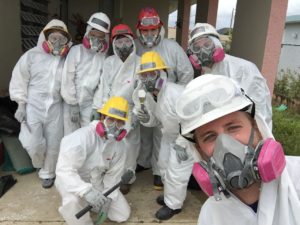 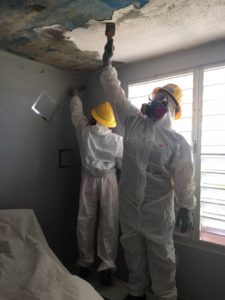 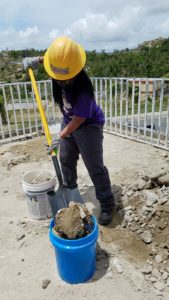