St. Michael’s Catholic Academy, located at 136-58 41st Avenue in the Flushing section of Queens, honored the Sisters of St. Joseph of Brentwood at a plaque dedication ceremony yesterday, Wednesday, May 26, 2021, in the school’s faculty room.

“For over 150 years while ministering at St. Michael’s School, the Sisters of St. Joseph showed strength and courage to face the challenges of the times in Flushing, and globally in their mission as women religious. Their progressive and inclusive approach, not only in education but in social issues, continues to inspire the teaching staff at St. Michael’s Catholic Academy as we are challenged with educational reforms while preparing our students to be responsible global citizens,” said Maureen Rogone, Principal.

Monsignor David Cassato, Vicar for Catholic Schools, and Janet Heed, District Superintendent, were in attendance representing the Office of the School Superintendent for the Diocese of Brooklyn.

#1 -Former teachers and administrators from the school.
#2- Sr. Miriam Blake and Sr. St. William who were the last Sisters to staff the school as administrators, were among those in attendance.
#3 – Sr. Mary Ellen Vesey, representing the Sisters of St. Joseph.
#4 – Monsignor John Vesey, Pastor of St. Michael’s Roman Catholic Church in Flushing, and Monsignor David Cassato, Vicar for Schools for the Diocese of Brooklyn bless the newly dedicated plaque.
### 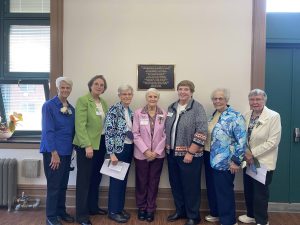 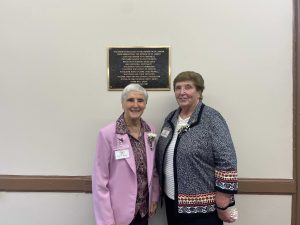 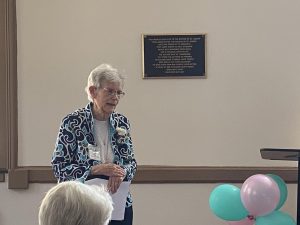 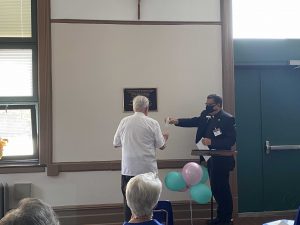