The mayor met with students at St. Brigid-St. Frances Cabrini Catholic Academy in Bushwick. Student representatives from kindergarten to 8th grade presented his honor with a plaque, cards, photos and handwritten personal letters. The students wrote about their favorite subjects in school and many said they would pray for him. Mayor Adams shared with the students the fact that he prays every day, in the morning to start the day and before bed.

Mayor Adams also spoke at a school assembly, telling the students that Catholic education has always been a great foundation for inner city young people, while acknowledging their good fortune in being able to receive a solid educational foundation in faith and academics.

Schools in Brooklyn and Queens commemorated the week with Masses, open houses and other activities for students, families, parishioners and community members. These events allow schools to focus on the value of a Catholic education and its contribution to our Church, our communities and our nation. 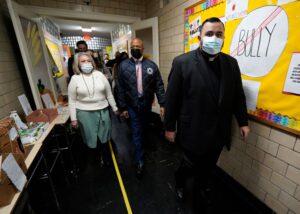 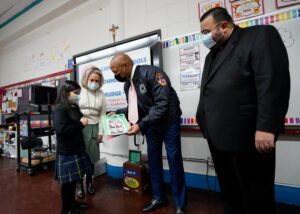 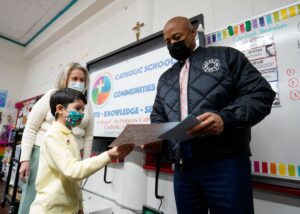 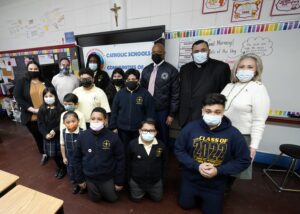 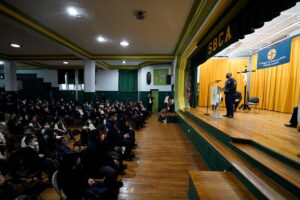 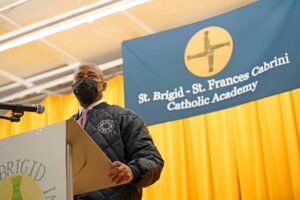 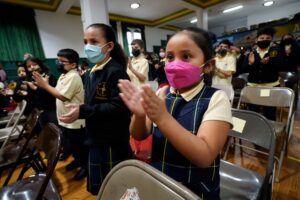 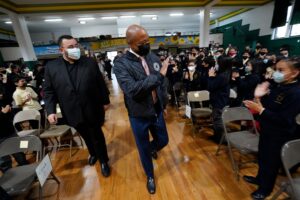