On Friday, January 27, 2017, the Diocese of Brooklyn is joining the 44th annual March for Life Rally in Washington, D.C. Parishioners, students, youth ministry groups, and clergy from Brooklyn and Queens are in the National Mall for the rally that begins at noon.

The March for Life is a pro-life peaceful demonstration that began in 1973, on or around the anniversary of the United States Supreme Court’s decision to legalize abortion. Demonstrators from across the country gather to show respect for all human life ­– from conception.

NET TV, the diocesan cable network is airing special coverage of the events including the 7:30 a.m. closing Mass of the National Prayer Vigil for Life in the Basilica of the National Shrine of the Immaculate Conception in Washington, D.C. The Mass is followed by the documentary “Choose Life,” which exposes the reality of abortion and calls us to be more active in the pro-life fight. Live coverage will continue on Saturday, January 28 with the annual Diocese of Brooklyn Pro Vita Mass at St. James Cathedral Basilica, sponsored by the Knights of Columbus.

The Tablet, the diocesan newspaper, and Currents, Net TV’s nightly newscast, both have reporters in Washington covering the March for Life. On Friday, January 27, Bishop DiMarzio will appear on Currents to discuss the march with Ed Wilkinson.

The Most Reverend Nicholas DiMarzio, Bishop of Brooklyn, addresses the importance of the March for Life in his weekly column, Put out Into The Deep, published on January 18: https://thetablet.org/baby-steps-on-the-march-for-life/ 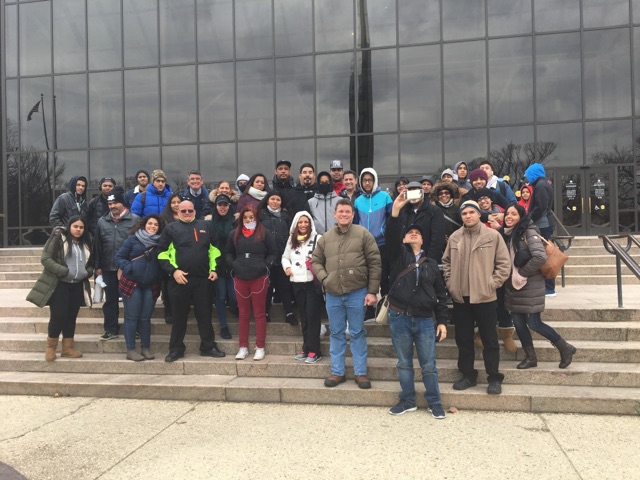 Diocese of Brooklyn and Queens members arrive in Washington, DC for the March for Life.