The Most Reverend Robert Brennan, Bishop of Brooklyn, has announced his selections for several key positions within the administration of the Roman Catholic Diocese of Brooklyn including: Vicar General, Moderator of the Curia, and Vicar for Canonical Affairs.

“Monsignor Joseph Grimaldi has been a part of the Diocese of Brooklyn his entire life, from his days as a Catholic school student to his pastoral leadership. His knowledge of the people and the parishes of the Diocese, as well as Church law, make him the ideal person to serve as the next Vicar General. I look forward to working closely with Monsignor Grimaldi to build a stronger Catholic community of faith throughout Brooklyn and Queens,” said Bishop Robert Brennan.

Monsignor Grimaldi was born in the Diocese of Brooklyn in Astoria, Queens, was a parishioner of Immaculate Conception parish, and attended St. Francis of Assisi Catholic School. He is a graduate of Monsignor McClancy High School and St. John’s University. He entered the Immaculate Conception Seminary in Huntington in 1978 and was ordained into the priesthood by Bishop Francis Mugavero in 1983 at the Cathedral Basilica of St. James.

Monsignor Grimaldi has served in several Brooklyn parishes. He has been Pastor of St. Bernard’s in Mill Basin since 2017.  He previously served as pastor at St. Mark’s Church in Sheepshead Bay and as parochial vicar at St. John the Evangelist in Sunset Park and St. Ephrem in Dyker Heights.

Then-Father Grimaldi received a J.C.L. (Juris Canonici Licentiata – Canon Law degree) from the Catholic University of America in Washington, D.C. in 1992.  Upon returning to the Diocese of Brooklyn, Father Grimaldi served as an Adjunct Judicial Vicar for the Diocesan Tribunal from 1992-2000.

In 2012 he was named “Chaplain of His Holiness” (Monsignor) by Pope Benedict XVI. Monsignor Grimaldi served as the Territorial Episcopal Vicar for Brooklyn from 2012-2020.

“I am humbled and honored by my appointment as Vicar General of the Diocese by Bishop Brennan. His kind and compassionate leadership has, in just a few short months, given a new sense of hope to so many in our Diocese, especially as we attempt to re-establish the bonds of mutual love and support so fractured by the Coronavirus pandemic. The generous service of so many in our Diocese (laity, religious and clergy), working together in building up The Body of Christ has always been the hallmark of this great diocese; one I have been privileged to serve as a priest for 38 years,” said Monsignor Joseph R. Grimaldi.

Bishop Robert Brennan has also made the following appointments to Diocesan Administration.

Very Reverend Patrick J. Keating, Esq., has been appointed Moderator of the Curia. Father Keating also serves as the Econome, Vicar for Financial Administration, and General Counsel for the Diocese of Brooklyn. In addition, Father Keating is the Deputy CEO of Catholic Charities Brooklyn and Queens. Father Keating was ordained on June 4, 2005. He earned his Master of Public Administration from Baruch College in 2013 and Juris Doctor degree from Brooklyn Law School in 2017. Father Keating was admitted to the New York State Bar in 2017.

Reverend Monsignor Steven Aguggia, J.C.L., has been appointed Vicar for Canonical Affairs. He also serves the Diocese as Chancellor since January 31, 2020, and as Pastor of St. Pancras Church in Glendale since September 15, 2020. Monsignor Aguggia received a J.C.L. (Juris Canonici Licentiata – Canon Law degree) from the Pontifical Gregorian University in Rome in 2000. He was Judicial Vicar of the Diocese of Brooklyn from 2009-2020. Monsignor Aguggia was ordained on May 22, 1993.

Reverend Monsignor Anthony M. Hernandez, J.C.L., previously served as Moderator of the Curia (2018-2022) and Vicar for Canonical Affairs (2008-2022) and was also Chancellor from 2009 to 2020. He will remain as Pastor of Transfiguration Church in Williamsburg. “I am very grateful to Monsignor Hernandez for his service during difficult times and circumstances. I appreciate the work he has done in service to Diocesan administration for more than a decade. He will now be able to devote all his energies to his pastoral work,” said Bishop Brennan.

Maryellen Quinn has been appointed Director for the Office of Protection of Children and Young People and Temporary Victim Assistance Coordinator. She has been Safe Environment Coordinator for 12 of the 13 years she has worked for the Diocese and in that role, has worked to ensure safe environments exist for all. Quinn has been in charge of monitoring compliance of all sexual abuse awareness training for children and adults, ensuring that criminal background checks are being performed, and that all Code of Conduct is adhered to. She also maintains the records for the yearly Audits of the Charter for the Protection of Children and Youth to ensure the Diocese passes the Audit every year.

“Maryellen has effectively served with the Safe Environment program for many years and is a valuable member of the team on the frontlines that responds in times of crisis. Maryellen’s ministry also includes her important work with the victim-survivors of clergy sexual abuse. I appreciate she was willing to take extra responsibilities in this most important mission of protecting children and the vulnerable and tending to the needs of victim-survivors,” said Bishop Brennan.

Quinn replaces Jasmine Salazar, LMSW, who has resigned as Director of the Office for Protection of Children & Young People, Victim Assistance Coordinator and Vice Chancellor.

During her time as Victim Assistance Coordinator, Salazar provided outreach and support for victims and their families, created the Victim’s Advisory Board to make recommendations to the Bishop on behalf of victims, stream-lined the reporting process, formed a relationship with the NYPD Special Victims Unit to make sure that victims receive a proper response, and together with the Victim’s advisory board, organized the Masses of Hope and Healing.

“The Diocese of Brooklyn is a model around the country for its work with survivors of clergy sexual abuse. I credit Jasmine Salazar with all that and am grateful for her 13 years of service to the Diocese. Her departure is a real loss for us, but I know that some of the processes she put in place will live on,” said Bishop Brennan. 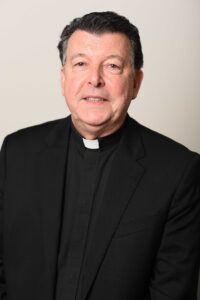 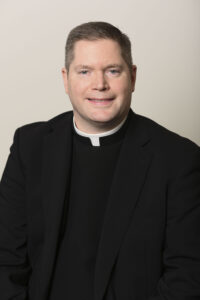 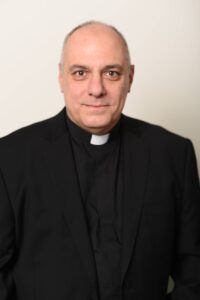 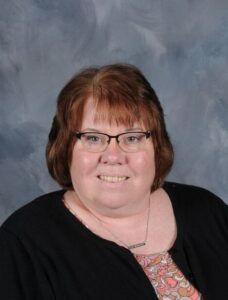