The Diocese of Brooklyn is highlighting an event marking Catholic Schools Week held at St. Mark’s Catholic Academy which began with a Mass celebrated by Auxiliary Bishop James Massa, the Diocesan Vicar for Education.

The Mass was followed by the “Great Read,” a 15-year tradition at St. Mark’s, which featured a number of guest readers, including Bishop Massa who read Everyday Angels by Mark Kimball Moulton.

St. Mark’s Catholic Academy is located in the Sheepshead Bay section of Brooklyn. 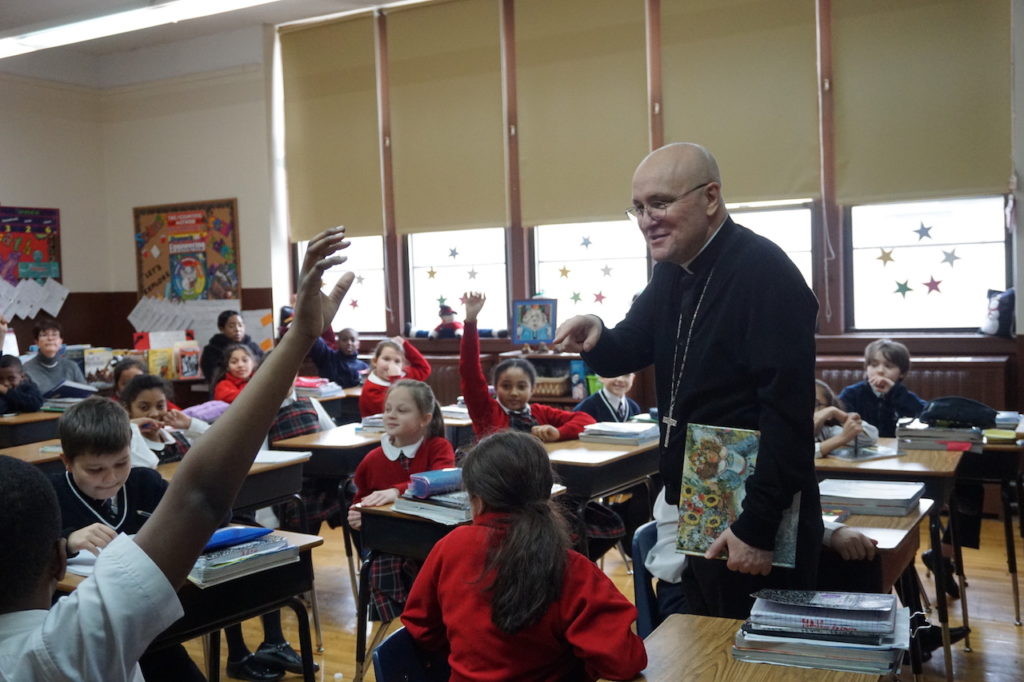