UPDATE: March 20, 2017 Time lapse video of Michelangelo painting available here:https://dioceseofbrooklyn.org/billboard-videos/. Work will begin again today at 11am. Artist will come down to street level at 2pm and 5pm for media interviews. Please contact the Diocese of Brooklyn press office (numbers below) if you are interested in an interview.

UPDATE: March 19, 2017 To accomodate a high level of media interest, Artist Mike Fusco and his team will take time from their work and come down to street level for media interviews at 2pm and 6pm today. If you are interested in an interview please have your crew there and ready at one of these times. Crews are welcome to get pictures and video of the artists working at any time throughout the day.

UPDATE: March 18, 2017 Work on the mural has been suspended for the day due to inclement weather. Painting will resume tomorrow, March 19, at 11am.

On Friday, March 17, the brick wall of a Brooklyn building will become an artist’s canvas as he paints a renowned scene from the ceiling of the Sistine Chapel. The project is part of an Easter campaign designed to inspire forgiveness.  One of the world’s most iconic images, Michelangelo’s “The Creation of Adam” will grace 3rd Avenue in Bay Ridge at the corner of 81st Street. Artist Mike Fusco will be painting the 20.5 foot by 23-foot billboard and will be available for interviews on site.

“Obviously, it’s a big deal to recreate a master’s work,” Fusco said. “You notice many more qualities in the process that a normal observer misses. In that regard, it’s quite special. You’re retracing footsteps, and it puts you in a similar state of mind because you’re working towards achieving the same result hundreds of years after the fact.”

Fusco, who studies the works of master artists in his graduate painting program at the New York Academy of Art, said, “I am familiar with the fresco method of the original. While we are painting with enamel, I think it functions in the same spirit as fresco painting did in Michelangelo’s time. Both are the hardiest, most permanent and workable mediums of their day, and both dry quickly. In many ways, they’re similar commercial tools of art, which includes transferring of lines and then painting quickly and skillfully,” Fusco said.

The scene, painted more than 500 years ago on the ceiling of the Sistine Chapel in Vatican City, depicts the hand of God reaching out toward the hand of Adam. In Bay Ridge, the image will be accompanied by the words: “Connect with God, experience the power of forgiveness this Easter.” The billboard message will go on to inform Catholics that churches throughout the greater New York City area will be open for walk-in confessions on Monday, April 10 from 3 to 9 pm. The day, coined “Reconciliation Monday,” is a joint effort of the Diocese of Brooklyn, Archdiocese of New York, and Diocese of Rockville Center.

“The message is intended to inspire forgiveness amongst all people. But for Catholics specifically, we are encouraging them to go to confession and receive the sacrament of reconciliation in preparation for Easter Sunday,” said Monsignor Kieran Harrington, President and Chairman of DeSales Media Group, the communications and technology arm of the Diocese of Brooklyn, which created the Easter ad campaign.

“The central act of Jesus is to reconcile the world with the Father. We are authentic followers when we have the courage to forgive those who hurt us and to seek forgiveness from those whom we have wronged. In confession, we confront our sins and experience God’s mercy,” Harrington said.

The campaign includes additional billboards throughout Brooklyn and Queens, as well as newspaper ads, digital ads, and radio spots recorded by Most Reverend Nicholas DiMarzio, Bishop of Brooklyn.

Note to Editors: Painting will start Friday afternoon, but Saturday and Sunday may be the best times for crews to get the most visual pictures and video of the work in progress. Contact us for updates on the project’s progress and to schedule an interview with the painter. 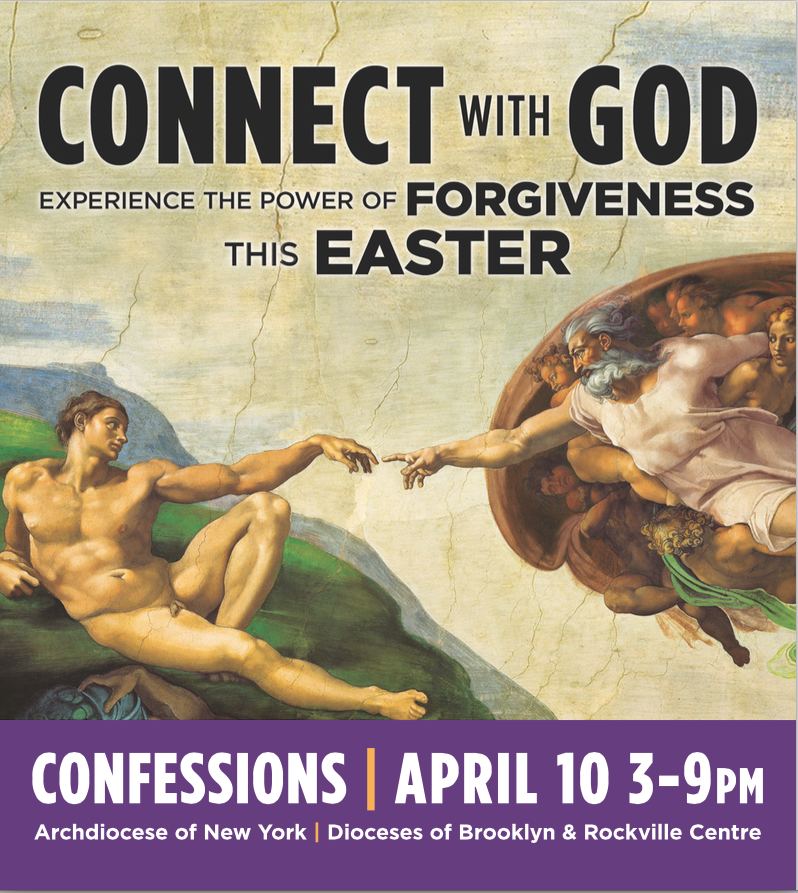 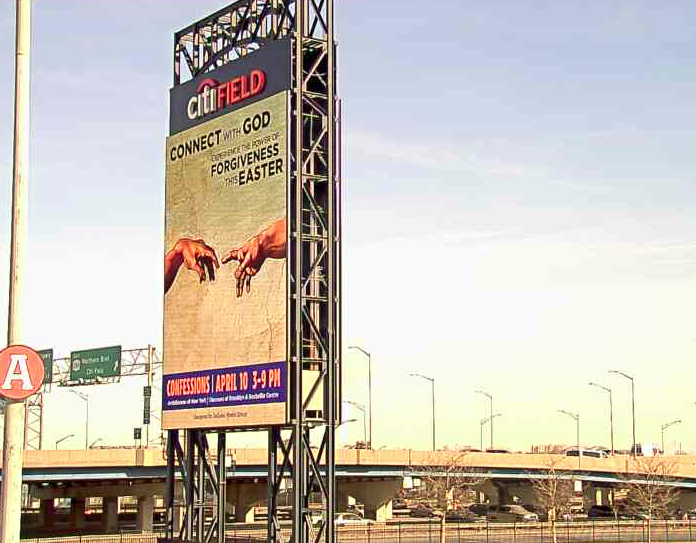 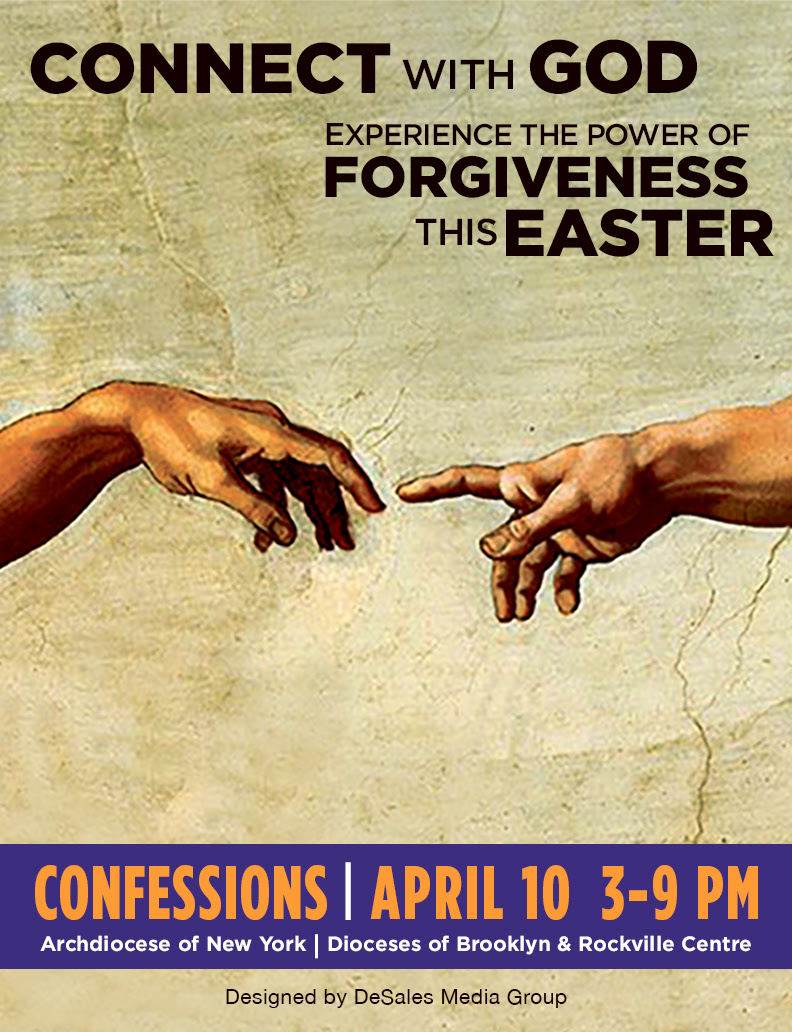