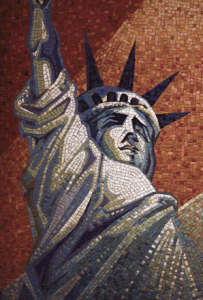 July 2, 2014 – Excerpted from “Put Out Into the Deep”, Bishop DiMarzio’s column in The Tablet:

This week, we celebrate the Fourth of July, the remembrance of the beginning of the independence of the United States of America. Contemporaneously, Catholics in the U.S. have been asked to observe a fortnight for religious liberty, which began on June 22, the Feast of St. Thomas More, the martyr for religious freedom during the reign of King Henry VIII.

This year’s remembrance of the Fortnight for Freedom finds ourselves in a little better condition than we were last year, with religious liberty still being threatened in our country, a nation founded on “liberty and justice for all.” Certainly, that liberty contains the right not just for worship but also for our preservation of conscience. The Affordable Care Act, commonly referred to as Obama Care, with the mandate, which was part of the regulations issued by the U.S. Department of Health and Human Services, state that all entities who provide health care insurance in its strictly defined definition of religious organizations must provide contraception, sterilization and abortifacient drugs to those it covers.

Read the full text of the Bishop’s column on The Tablet website.