The Most Reverend Nicholas DiMarzio, Bishop of Brooklyn, regrets to announce the death of 49-year-old Father Jorge Ortiz-Garay, Pastor of St. Brigid’s Church in Wyckoff Heights, Brooklyn and Diocesan Coordinator of the Ministry to Mexican immigrants. He died Friday evening, March 27, 2020, at Wyckoff Hospital Medical Center in Brooklyn from complications related to the coronavirus and is believed to be the first Catholic priest in the United States to die as a result of COVID-19.

“This is a sad day and a tremendous loss for the Diocese of Brooklyn. Father Jorge was a great priest, beloved by the Mexican people and a tireless worker for all of the faithful in Brooklyn and Queens,” said Bishop DiMarzio. A video statement from the Bishop on Father Ortiz’s passing can be found below in English and Spanish.

Father Jorge, as he was called, was born on October 16, 1970, in Mexico City, Mexico. He was ordained to the Priesthood at the Archdiocese of Newark as a member of the Neocatechumenal Way on May 29, 2004.

Father Jorge coordinated the magnificent Our Lady of Guadalupe Feast Day traditions in the Diocese of Brooklyn, which include a Mass attended by thousands of pilgrims followed by a torch-lit pilgrimage through the streets of Brooklyn and Queens.

A Memorial Mass will be celebrated at a later date. Fr. Jorge is survived by his parents, Jorge and Estella Ortiz, siblings, nieces and nephews.

We pray for the repose of his soul and for the consolation of his family, friends and all those to whom he ministered to in the Diocese of Brooklyn. May he rest in the peace of Christ, the Risen Lord. 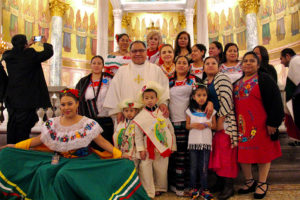 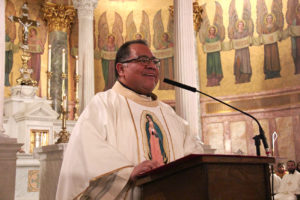