TO SERVE THE DIOCESE OF BROOKLYN

The Most Reverend Nicholas DiMarzio, Bishop of Brooklyn, will ordain four men as priests during a Mass of Ordination, on Saturday, June 5, 2021, at 11:00 a.m., at the Co-Cathedral of St. Joseph, located at 856 Pacific Street in the Prospect Heights section of Brooklyn.

The four ordinands include:

*Rev. Mr. Robinson Olivares born in the Dominican Republic and raised in Harlem in the 1980’s, he credits God with keeping his family safe and on the right path. He began his career in Information Technology as a technical support engineer, but shortly thereafter, felt a void in his life. Mr. Olivares became involved at his local church, as he felt God calling him to the priesthood. He completed his seminarian studies in Massachusetts at the Pope St. John Paul XXIII National Seminary.

*Rev. Mr. Joseph Hung Sy Tran born in Vietnam, began to serve as an altar boy at the age of 10 and two years later, at 12 years old, he told his parents he wanted to be a priest. Mr. Tran, who has three uncles who are priests, began his studies in Vietnam. Upon arriving to the United States three years ago, he continued to study at the Holy Apostles College and Seminary in Connecticut, and at the Notre Dame Graduate School of Theology in New Orleans. He is an avid sports fan who enjoys playing soccer, tennis, volleyball, and ping pong.

*Rev. Mr. Elvin Torres born in the Dominican Republic, holds a degree in philosophy from the Pontifical University Catholic Mother and Teacher in the Dominican Republic. He also earned a degree in education. At the age of eight while regularly attending Mass with his family, he felt something special, a feeling of joy and peace, which he would later realize was God calling him to the priesthood. Mr. Torres was involved in his parish as a teenager. He originally entered the seminary in the Dominican Republic but left, to become a public school teacher where he taught Human and Religious Formation. He later moved to the U.S. and entered the Pope St. John XXIII National Seminary in Massachusetts. Mr. Torres enjoys playing baseball.

*Rev. Mr. Chin Nguyen born in Vietnam, remembers the exact moment in the seventh grade he decided to become a priest.  At a young age, he attended Mass every day, and became an altar server in the sixth grade. Mr. Nguyen arrived in the United States in 2010, enrolled at St. John’s University where he studied philosophy, and then entered St. Joseph’s Seminary and College in Yonkers.

The Diocese of Brooklyn Ordination Mass will air live on NET-TV, the cable channel of the diocese. NET-TV, which can be seen on Spectrum channel 97; Optimum channel 30; and on FIOS by Verizon on channel 548.

The photos of the four men to be ordained tomorrow are attached and are courtesy of DeSales Media/The Tablet. Members of the media are encouraged to attend the Mass. To RSVP, please email John Quaglione at jquaglione@desalesmedia.org. 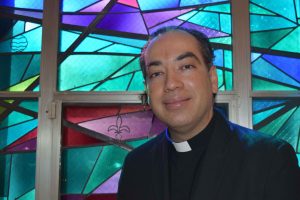 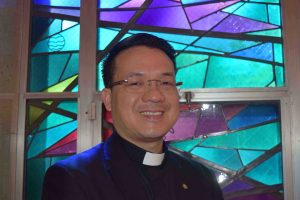 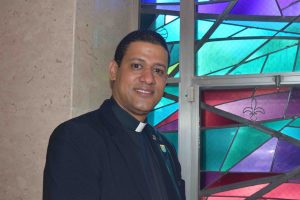 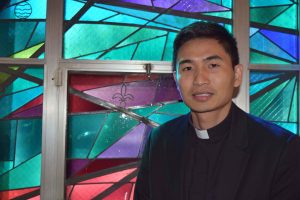