The Most Reverend Nicholas DiMarzio, Bishop of Brooklyn, will ordain four men as priests during a Mass of Ordination, later this morning, Saturday, June 27, 2020, at 11:00 a.m., at the Co-Cathedral of St. Joseph, located at 856 Pacific Street in the Prospect Heights section of Brooklyn.

The four to be ordained include:

*Rev. Mr. Nestor Martinez, born in Colombia and raised on a farm outside the City of Molagavita, felt the calling to become a priest at the age of thirteen. Later on, after achieving his goal and starting in the Seminary in Antioquia, he decided he wanted to go to a place that didn’t have enough vocations, and traveled to the United States. Mr. Martinez completed his seminarian studies in Connecticut and service in the Diocese of Paterson, and will be ordained in the Diocese of Brooklyn.

*Rev. Mr. Peter Okajima, raised in a family that did not practice religion, is a late vocation who had a career in finance, was married with two children, divorced, and had his marriage annulled. Throughout his life, Mr. Okajima always felt in his heart that something was missing, which led him to the Church. Peter converted to Catholicism and soon thereafter, enrolled at the Pope St. John XXIII Seminary at the advice of Bishop DiMarzio. Peter’s father was a Japanese translator for General Douglas McArthur’s team during the surrender aboard the USS Missouri at the end of World War II. Peter’s mother was held in a Japanese internment camp during World War II.

*Rev. Mr. Gabriel Agudelo-Perdomo, who was raised in Bogota, Colombia, felt the calling to the priesthood at the end of high school.  However, the unrest in his hometown delayed his calling, but the drug-related violence in Colombia made his vocation certain. Deacon Agudelo-Perdomo’s brother, a priest in the Archdiocese of Miami, shared his brother’s wish to become a priest on a trip to New York City, and it was Bishop Nicholas DiMarzio who sent a priest in Colombia to interview him. Gabriel Agudelo-Perdomo was then accepted as a Seminarian of the Diocese of Brooklyn.

*Rev. Mr. Dragan Pusic, who was born in Bosnia, grew up under Communist rule. Despite the government’s dislike of religion, the Pusic family attended Church every Sunday, and Dragan served as an altar server from the age of 9 until he was 14. Mr. Pusic maintained a professional career, working in an industrial plant for over twenty years, until the company went bankrupt.  It was at this time that Dragan recognized that faith was playing less of a role in his life, and found his way back to God.  It was shortly thereafter that he arrived in the United States and began his studies at the Redemptoris Mater Seminary in Douglaston.

Members of the media are encouraged to attend. 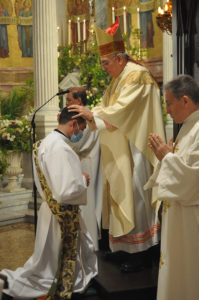 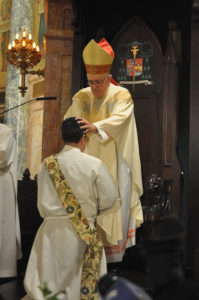 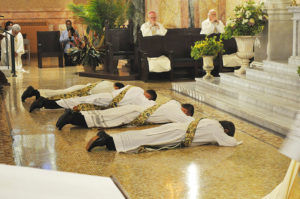 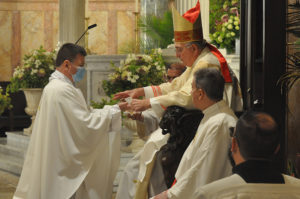 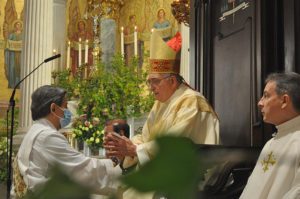