On Saturday, June 27, 2015, the Most Reverend Nicholas DiMarzio, Bishop of Brooklyn, ordained ten men to the priesthood for the Diocese of Brooklyn at the Co-Cathedral of St. Joseph, Prospect Heights.

“You come to us from individual different backgrounds, from different ethnicities and cultures, from different families. You mirror clearly today what is the Diocese of Brooklyn,” said Bishop DiMarzio to the new priests during the ordination homily. “So today we recognize that all of us come with one language, the language of the Holy Spirit.”

During the ceremony, Bishop DiMarzio spoke in English, Spanish, Italian and Polish to thank the family members of the ordinands for supporting their call to the priesthood. Face down, the candidates humbly lied prostrate on the floor of the Co-Cathedral, seeking intercession and grace for their new ministry. Bishop DiMarzio, auxiliary bishops and diocesan priests then laid hands on the head of each candidate, and blessed the new shepherds of the Church.

This year, nearly 600 Catholic men will be ordained priests for the United States. The nationwide numbers reflect an increase of 25 percent from 2014, with 100 more ordinands from last year, for a total of 595 new priests, according to a report from the U.S. Catholic Conference of Bishops. 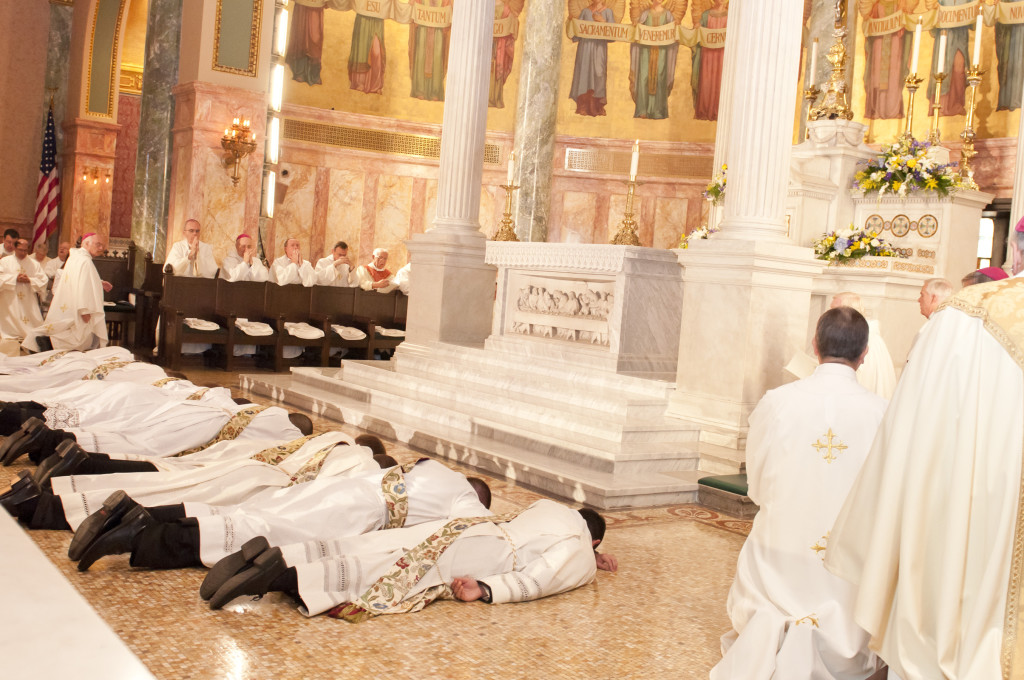 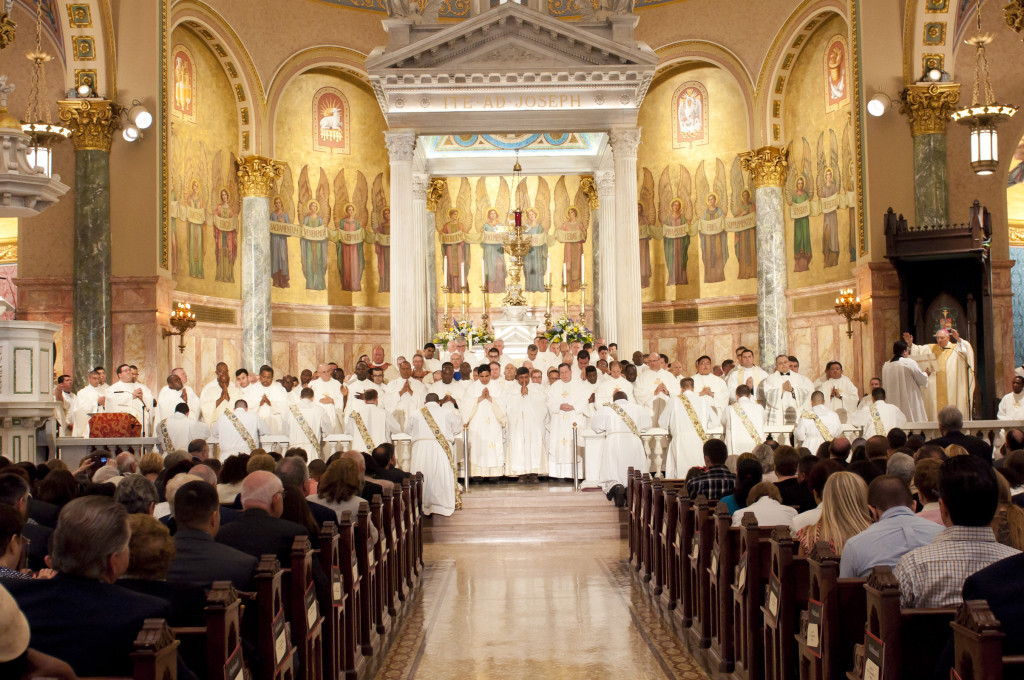 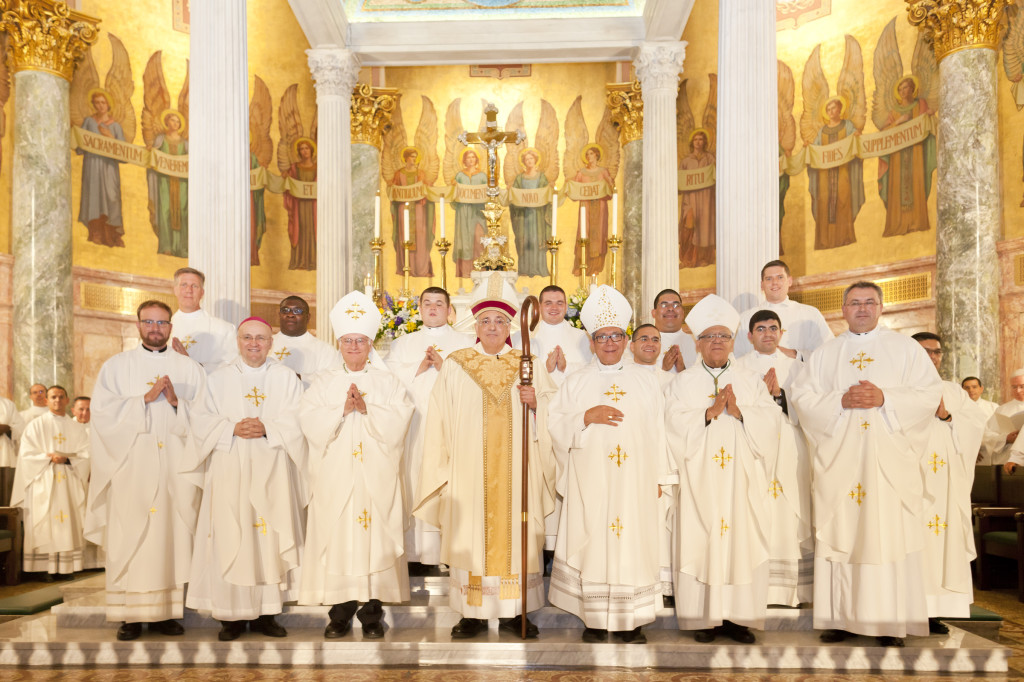