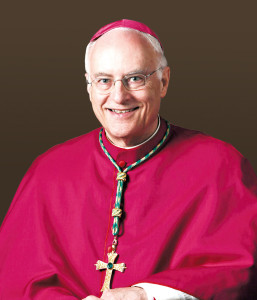 The Most Reverend Raymond F. Chappetto, D.D., was born on August 20, 1945, in Astoria. He studied at Cathedral College in Brooklyn and was awarded a Master of Divinity from Our Lady of Angels Seminary in Albany. Bishop Chappetto also holds a Master of Arts in Religious Education from St. John’s University and is certified in Pastoral Counseling.

Raymond F. Chappetto was ordained to the priesthood on May 29, 1971. Throughout his ministry, he has served in numerous parishes in Brooklyn and Queens, and as an Episcopal Vicar for Brooklyn West. In 1997, then-Father Chappetto was named a Prelate of Honor (Monsignor) by Saint John Paul II.

Effective March 7, 2022, As required by Canon (Church) law, at the age of 75, all bishops must submit a letter of resignation from the ecclesiastical office that they hold. It is then a determination of the Holy See as to when to accept the resignation.

The Most Reverend Raymond F. Chappetto will now serve as an Auxiliary Bishop Emeritus of the Diocese of Brooklyn.