The Diocese of Brooklyn is releasing its list of clergy who have been credibly accused of sexual abuse of a minor. By credible, diocesan officials believe that the allegation(s) may be true. The comprehensive list spans the 166-year history of the diocese. This list, which can be found here, contains names of clergy who have been convicted, who have admitted to sexual misconduct with a minor or have had allegations determined credible by the Independent Diocesan Review Board.

The fact that this list contains the names of clergy who are deceased differentiates it from other dioceses.

“We know this list will generate many emotions for victims who have suffered terribly. For their suffering, I am truly sorry,” said The Most Reverend Nicholas DiMarzio, Bishop of Brooklyn. “I have met with many victims who have told me that more than anything, they want an acknowledgment of what was done to them. This list gives that recognition and I hope it will add another layer of healing for them on their journey toward wholeness.”

The list shows the number of incidents of clergy sexual abuse peaked in the 1960s and 1970s, but the reports largely came in post-2002 after the Charter for the Protection of Children and Young People was enacted and peaked again in 2017 (Graph 1) when the diocese started the Independent Reconciliation and Compensation Program (IRCP). This program is administered independently by Kenneth Feinberg, whose firm handled the 9-11 Compensation Fund. The IRCP is another possible mechanism for healing that may help bring closure to victims-survivors of clergy sexual abuse.

Other key points about the list are illustrated in graphs seen below:

Bishop DiMarzio committed to releasing the list at regional meetings (video below) he held with the lay faithful late last year where he answered parishioners’ questions about the sex abuse crisis. In those meetings, the diocese outlined the numerous programs mandated by the charter, including, but not limited to, a zero tolerance policy in which any clergy member credibly accused of sexual abuse of a minor is permanently removed from ministry. Since 2002, the Diocese of Brooklyn has shared all of its files and allegations against clergy with the District Attorneys of Brooklyn and Queens.

The charter also mandates sexual abuse awareness training for children and adults; specifically all clergy members, teachers, parish and academy/school employees, catechists and volunteers who work directly with children. Employees and volunteers also must agree to initial and ongoing criminal background checks and must sign a code of conduct.

To help victims, the Office of Victim Assistance provides referrals for therapy, support groups for survivors and a yearly Healing Mass to pray for all who have been impacted by sexual abuse.

In 2004, Bishop DiMarzio established an Independent Reporting Line for anyone to report allegations of abuse. That phone number is 1-888-634-4499. All reports generated are immediately reported to the Brooklyn or Queens District Attorney.

Evidence to date shows that the Charter has worked. Since 2002, there have been two credible cases involving active diocesan clergy.

“While even one is too many, this shows that we are on the right path to ensuring these horrendous acts of abuse are never repeated,” Bishop DiMarzio said.

The “List of Diocesan Clergy for whom the Diocese received allegations of sexual misconduct with a minor” can be found here. 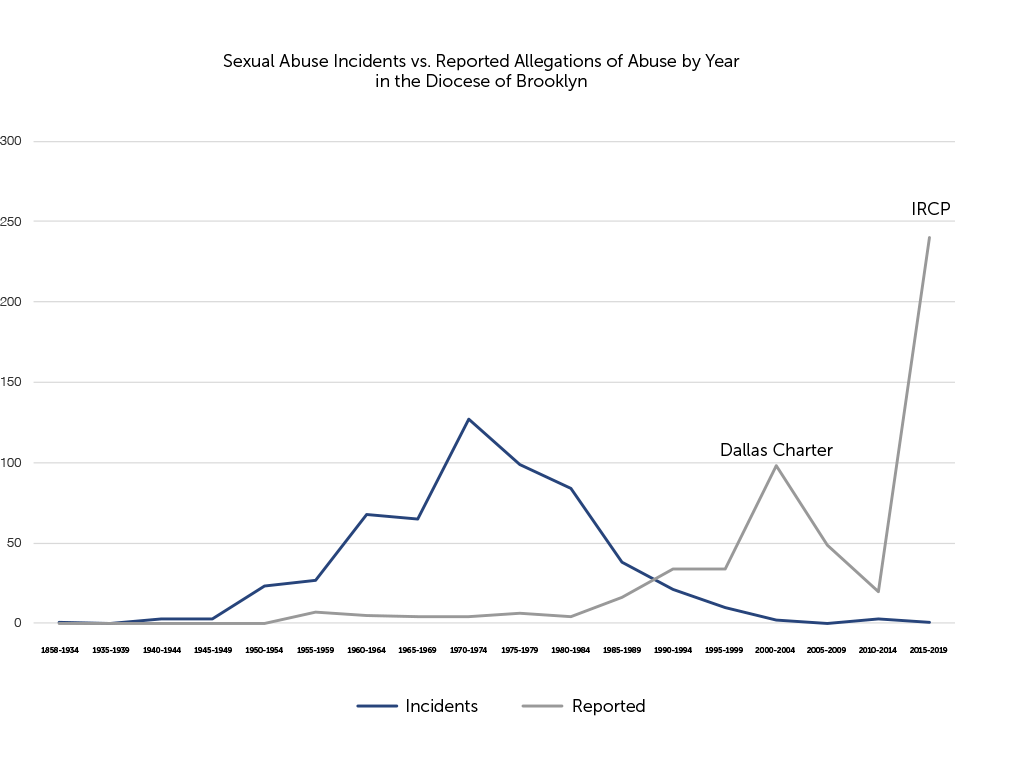 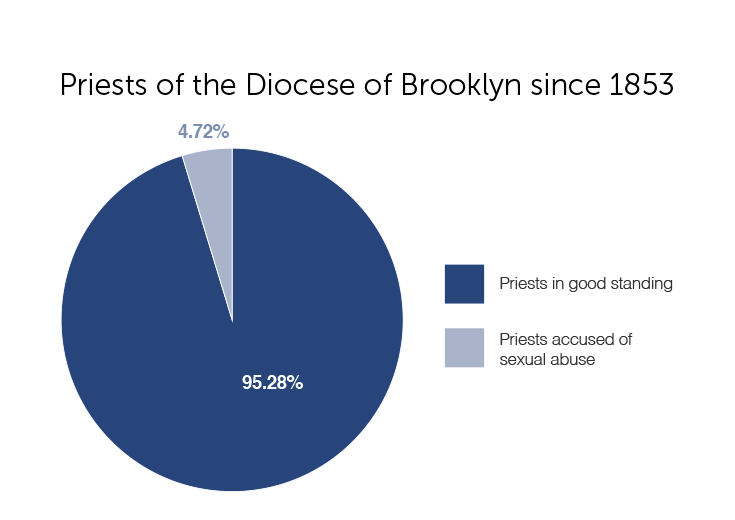 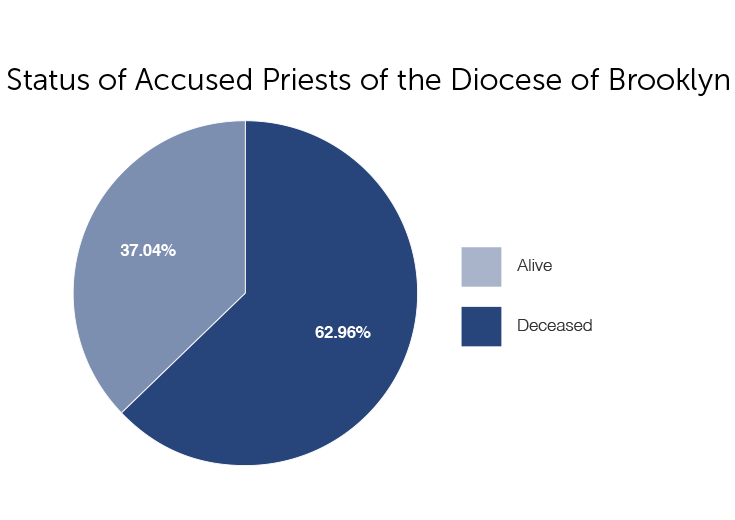 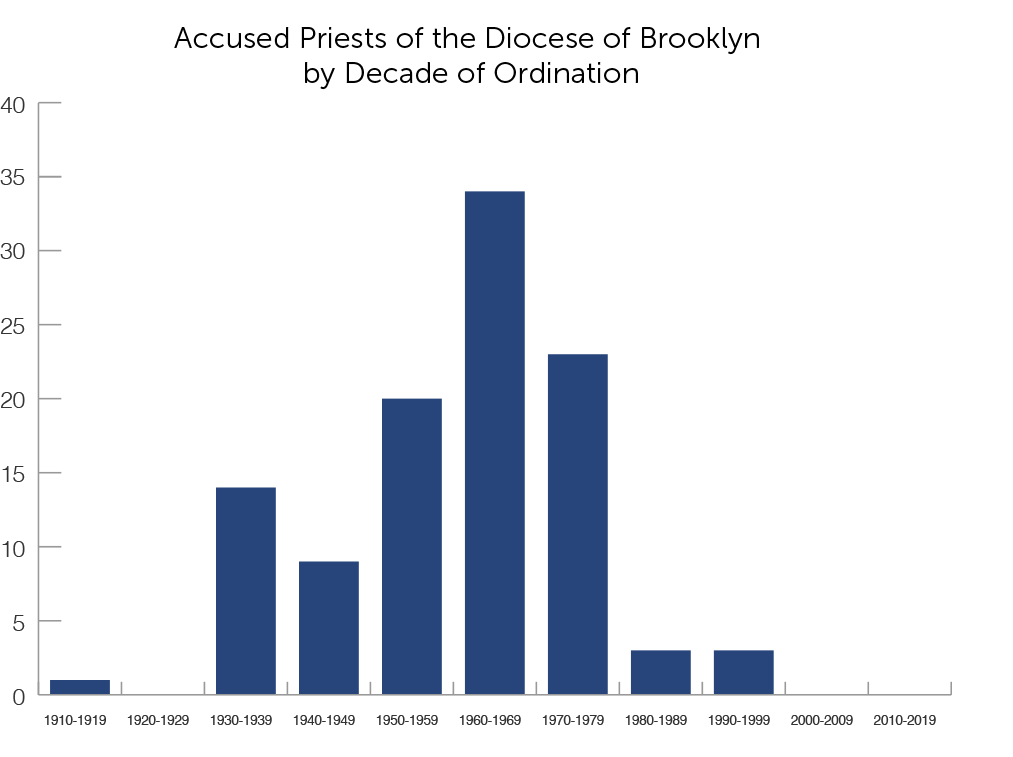