The Most Reverend Robert J. Brennan, Bishop of Brooklyn, announced today 54-year-old Father John O’Connor, Pastor of St Gregory the Great in Bellerose, Queens, has been removed from ministry.  The decision was made based on the recommendation of the independent Diocesan Review Board (DRB).

The DRB had been investigating the claims made in a Child Victims Act (CVA) lawsuit filed against Father John O’Connor on August 13, 2020. This investigation turned up new evidence concerning a March 2000 accusation detailing inappropriate internet communications with teenagers while assigned at St. Athanasius. As a result of this information, the Diocesan Review Board found sufficient information to substantiate allegations of sexual misconduct with minors via the internet and recommended Fr. John O’Connor’s removal from ministry.

The removal from ministry means that he is no longer permitted to celebrate Mass publicly, cannot exercise any public ministerial duties, and cannot live in an ecclesiastical residence. His name will also be added to the List of Credibly Accused Priests on the Diocese of Brooklyn website.

Father John O’Connor was ordained on June 23, 1993, and completed post-graduate studies in Rome. He then served at the following parishes: Our Lady of Mount Carmel (BK), St. Athanasius, and St. Clare’s. He also served as Pastor at Incarnation and most recently at St. Gregory the Great, Queens. In 2014, Father John O’Connor was named the Director of the Liturgy Office for the Diocese of Brooklyn.

The Diocese of Brooklyn takes all allegations of sexual misconduct with minors seriously and has instituted significant programs to prevent sexual abuse and protect children. In 2002, the U.S. Conference of Catholic Bishops passed the Charter for the Protection of Children and Young People, which includes a Zero Tolerance policy that states any clergy member who is determined to be credibly accused of sexual misconduct with a minor is permanently removed from ministry. The Diocese also conducts initial and ongoing background checks of all employees and volunteers and provides age-appropriate sexual abuse awareness training for children and adults.

The Diocese of Brooklyn places great emphasis on providing pastoral care to victims. The Office of Victim Assistance Ministry provides supportive initial counseling, therapy referrals, and pastoral resources for the victims of sexual abuse.  The Diocese hosts a yearly Mass of Hope and Healing where the faithful come together and pray for victims of clergy sexual abuse. 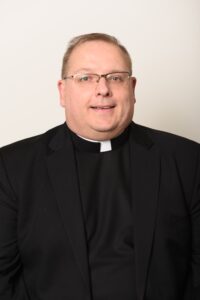