The Catholic Schools Week event included student readings of essays themed “What Catholic School Means to Me,” as well as a series of musical performances. The assembly also included a presentation on the history of St. Joan of Arc and remarks from Bishop Chappetto.

Bishop Raymond Chappetto, the Vicar General for the Diocese of Brooklyn, chose yesterday for the Catholic school visit, “Because it is the feast day of St. Thomas Aquinas who is the patron saint of Catholic schools and a wonderful role model for our students in terms of his learning and his holiness.”

Bishop Chappetto was met with a ceremony, where students sang some inspirational songs and gave the Bishop a custom school sweatshirt and a painting of Joan of Arc. Three students were selected to read essays they wrote about what it means to receive a Catholic school education. 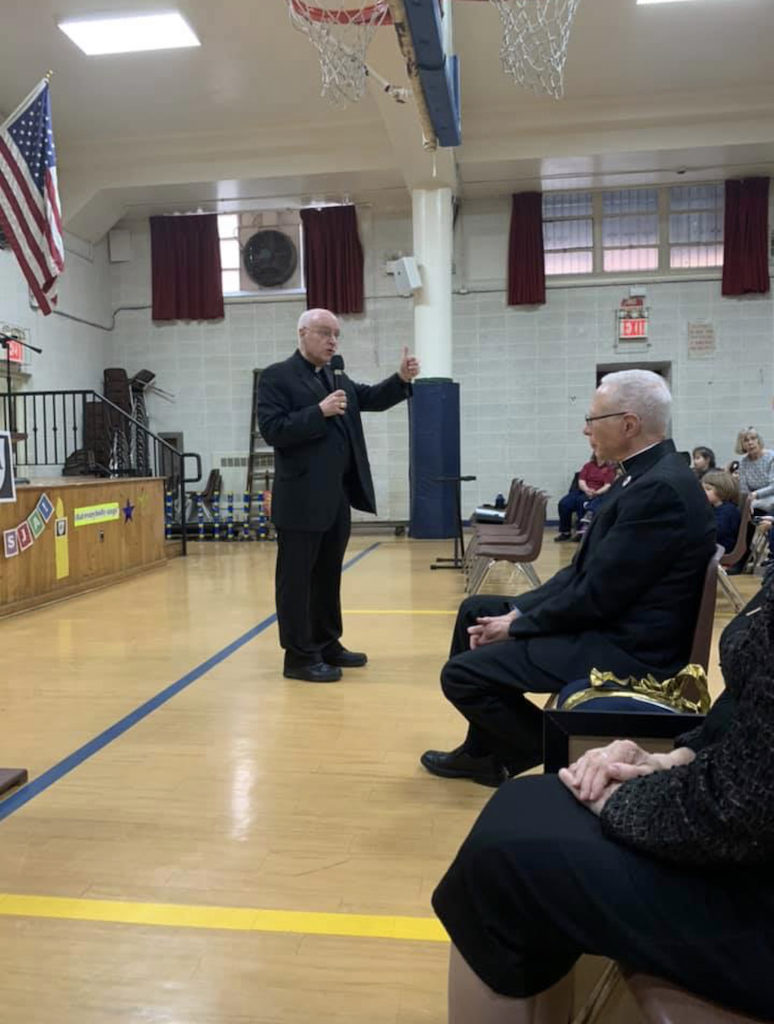 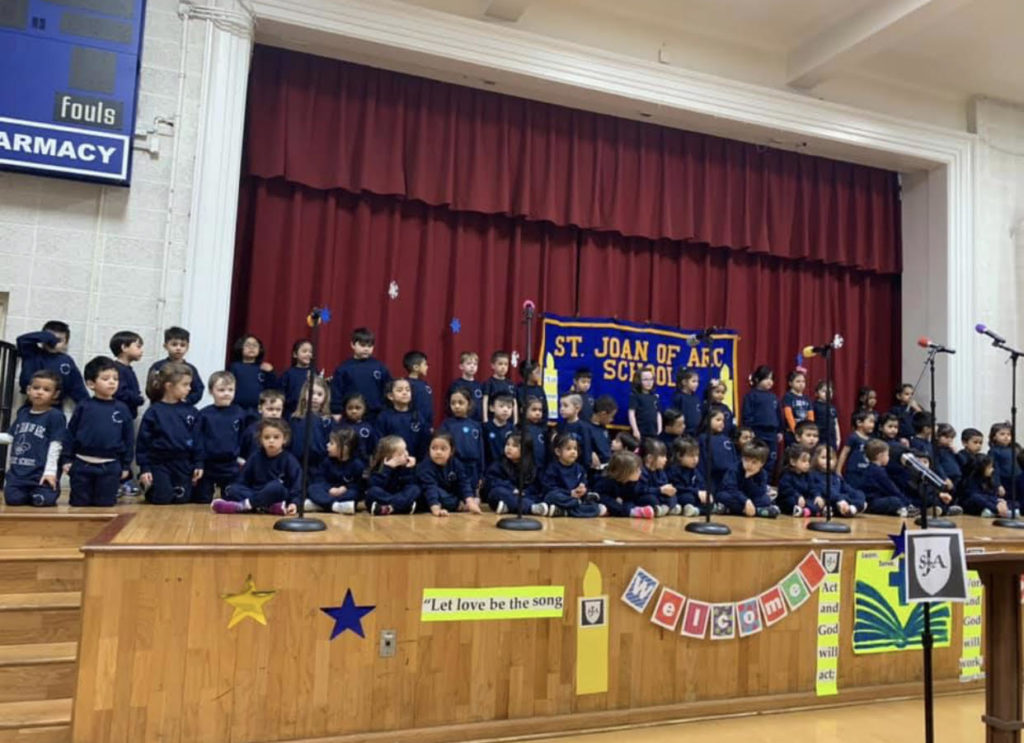 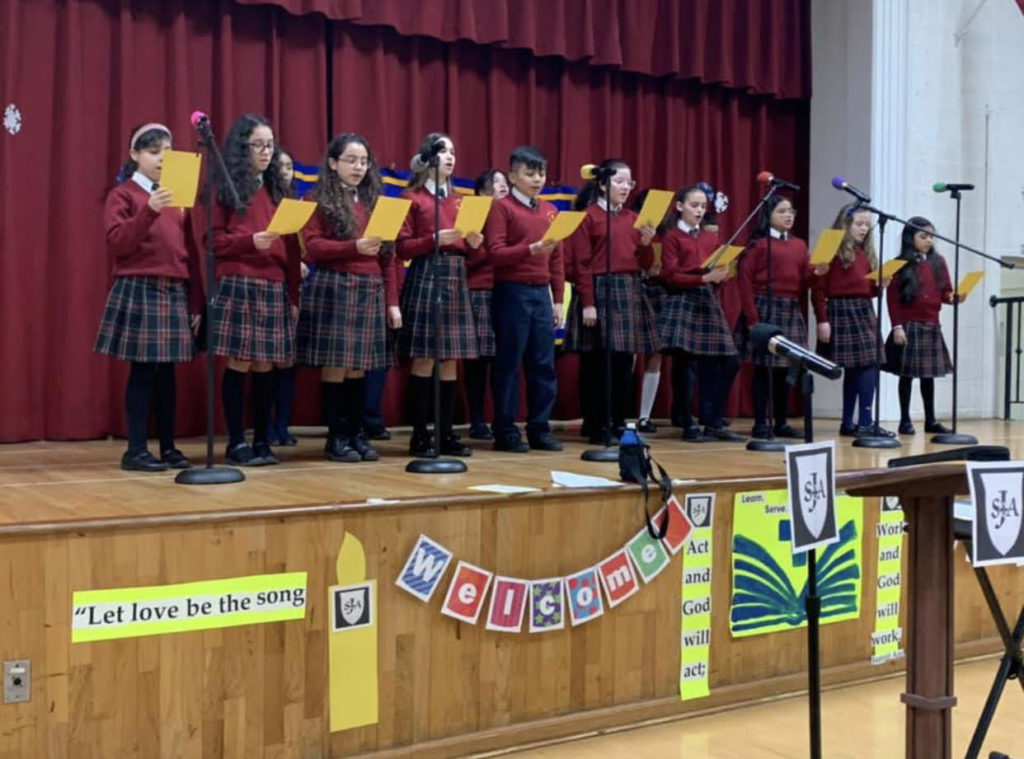