In partnership with the Archdiocese of New York, the Diocese of Brooklyn has launched a campaign to promote the Sacrament of Reconciliation and encourage people to return to church during the Christmas season. On December 14th, parishes from the five boroughs and the upper counties will offer Reconciliation Monday. Confessions will be made available in all churches from 4 p.m. through 8 p.m.

Inspired by Pope Francis’ announcement on the Jubilee Year of Mercy, which begins on December 8th, the ad campaign calls on all Catholics to give witness to the mercy of God and focus on what it means to be faithful, targeting the diversified population of the Greater New York area and beyond.

“When we receive the Sacrament of Reconciliation it prepares us to live by Jesus’ words, ‘Be merciful, just as your Father is merciful.’ We allow ourselves to share in accord to the loving embrace of the Lord’s forgiveness. With this campaign, we are inviting everyone to join us this Christmas as we enter into this Jubilee Year of Mercy. As Catholics, we witness to God’s boundless mercy and we are called to be compassionate towards one another,” said Monsignor Kieran Harrington, Vicar for Communications for the Diocese of Brooklyn.

The campaign includes a series of print ads, one which features a man praying in the pews with the excerpt “Forgive Us Our Trespasses, As We Forgive Those Who Trespass Against Us” from the Lord’s Prayer, and another one with the words “Be Not Afraid.” Two more ads will be published after Reconciliation Monday, inviting people to experience the gift of mercy and join their closest church during Christmas. The ads were created by DeSales Media Group, the communications and technology arm of the Diocese of Brooklyn, in both English and Spanish.

As part of the Christmas marketing effort, the Diocese of Brooklyn also includes a personal radio message from the Most Reverend Nicholas DiMarzio, Bishop of Brooklyn, inviting people to join their local church. The message is airing in English in the stations Lite FM and WOR, in Spanish in Radio Amor, and in both languages in Pandora.

The Diocese of Brooklyn, which also encompasses the borough of Queens, serves more than 1.5 million Catholics. Due to its multicultural and diverse populations, Masses are regularly held in 33 different languages across the Diocese, throughout 187 parishes with 213 churches. Click here to find your closest church in Brooklyn and/or in Queens.

The Archdiocese of New York encompasses the boroughs of Manhattan, the Bronx and Staten Island in New York City and the Counties of Dutchess, Orange, Putnam, Rockland, Sullivan, Ulster, and Westchester in New York. With 296 parishes, they serve around 2.8 million Catholics. Click here to find your closest church within the Archdiocese of New York. 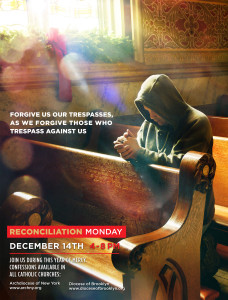 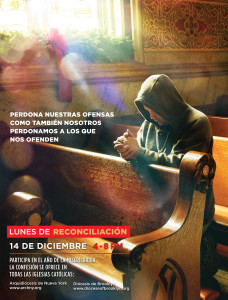 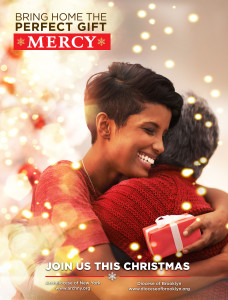 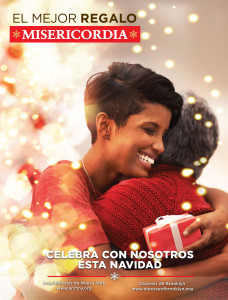 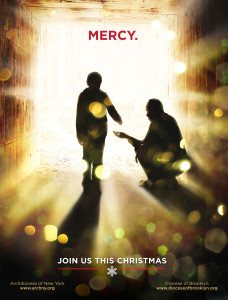 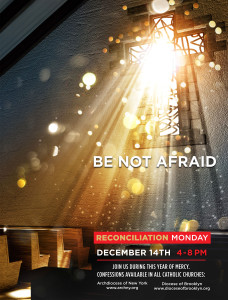