On Saturday, December 12th, the Diocese of Brooklyn will celebrate the Feast of Our Lady of Guadalupe starting at noon at the Co-Cathedral of St. Joseph, 856 Pacific Street, Prospect Heights.

Holy Mass will be celebrated by the Most Reverend Nicholas DiMarzio, Bishop of Brooklyn, and concelebrated by Auxiliary Bishops James Massa and Octavio Cisneros, who will preach the homily in Spanish. Following Mass, at 1 p.m., the bishops will bless and lit up the torches of the faithful who will then make their ways to the different participating parishes throughout Brooklyn and Queens. The pilgrims will carry the torches back to their parishes as they sign, pray and spread messages of hope and love.

“The Feast of Our Lady of Guadalupe, empress of the Americas and patroness of Mexico, commemorates the apparition of the blessed Virgin Mary as an indigenous woman to a poor peasant in Mexico City. Her apparition came at a time when Mexican natives were being persecuted by the conquistadors. Unfortunately, we still witness persecution in our times, with many still facing racial division. By celebrating Our Lady of Guadalupe we bring the light of Christ into our communities and share the faith that unites us all,” said Bishop DiMarzio.

This year’s diocesan pilgrimage “Light of Christ” represents the third time that Catholics from Brooklyn and Queens will gather together to celebrate Our Lady of Guadalupe. With 36 participating parishes, the initial Mass is expected to receive nearly 2,000 devotes. The pilgrims represent, in its vast majority, the Mexican Catholic population of Brooklyn and Queens. According to the 2015 National Census, there are nearly 200,000 Mexicans living in Brooklyn and Queens.

The New Evangelization Television (NET TV) will provide live coverage of the Mass, which will also be live streamed on www.netny.tv. NET TV is a cable network featuring news and information with a Catholic point of view, and is available in the New York area on Time Warner Cable, Channel 97, Cablevision, Channel 30, and nationally on Verizon FiOS On Demand. 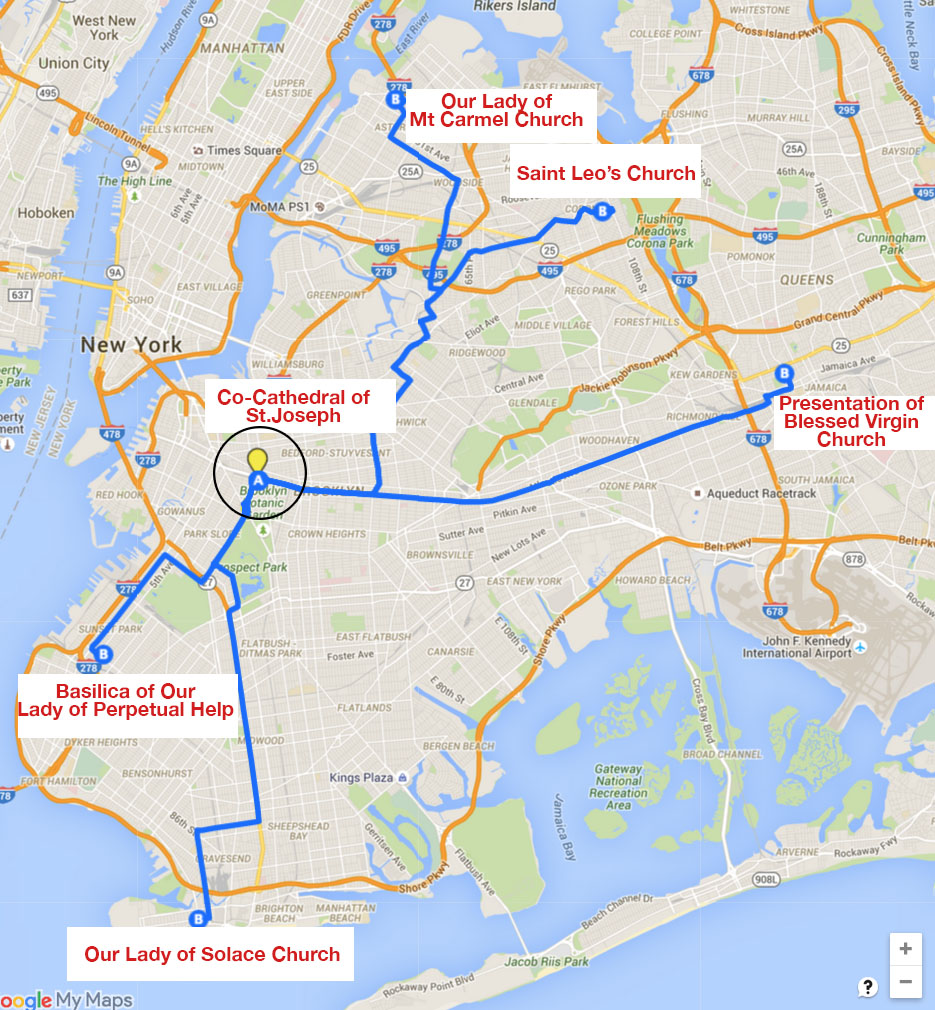