Most Reverend Nicholas DiMarzio, Bishop of Brooklyn, led a group of Catholic and Buddhist leaders from Brooklyn, Chicago, and Los Angeles at a meeting with Pope Francis Wednesday. The delegation presented the Holy Father with sustainable projects they are working on that will provide affordable housing to serve vulnerable populations, like the elderly and formerly homeless.

The group, which includes Catholic Charities Brooklyn and Queens, and Enterprise Community Partners, is called the Dialogue of Fraternity. They were tasked three years ago by Pope Francis “to plant seeds together.” Inspired by the Holy Father’s commitment to helping the poor and conserving the environment, the group decided on building Green Affordable Housing Dialogue of Fraternity Projects in their cities.

Bishop DiMarzio says this kind of collaboration is something he wants to replicate. “Around the world, it is difficult for interreligious dialogue. In the United States, we do have an ability that other people don’t have, we can work together, we can collaborate, we can give a model to the rest of the world. This is how religions can work together for the benefit of the general population.”

For this project, Catholic Charities Brooklyn and Queens is preparing to develop a 100+ unit affordable senior housing residence with social services that will include a senior center on the ground floor. The new building will be a state of the art green building designed for seniors with “Aging in Place” features and sustainable technologies. Right now the exact location has not been determined.

“Our meeting with Pope Francis highlighted three important aspects this delegation has been working on: 1) the need for affordable housing for seniors and the formerly homeless, 2) the importance of sustainable building as stressed by “Laudato Si,” the Pope’s encyclical on the environment and 3) the importance of Catholics to collaborate with leaders of other religions, in this case, the Buddhists,” said Father Patrick Keating, Deputy CEO of Catholic Charities Brooklyn Queens.

“I’m very proud of my own project in Brooklyn and Queens because as we’re planning for the future, we recognize that we’re in what they call an aging tsunami,” said Bishop DiMarzio. “The baby boomers are coming, and they’re going to be living in the city. And they’re going to have more need for housing, supportive housing, and subsidized housing.”

Catholic Charities Brooklyn and Queens is the largest provider of affordable senior housing in New York City with 25 residences, but that is not nearly enough for the demand. A recent survey of 277 New York City-based senior housing providers found that over 200,000 seniors were on waiting lists for this type of housing. 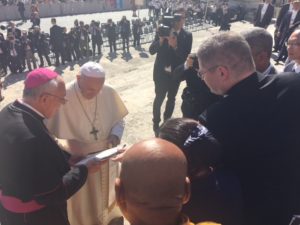 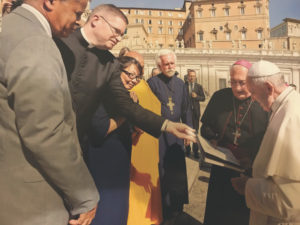 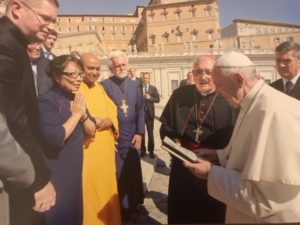 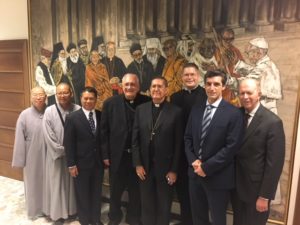