New Class Largest in the Nation 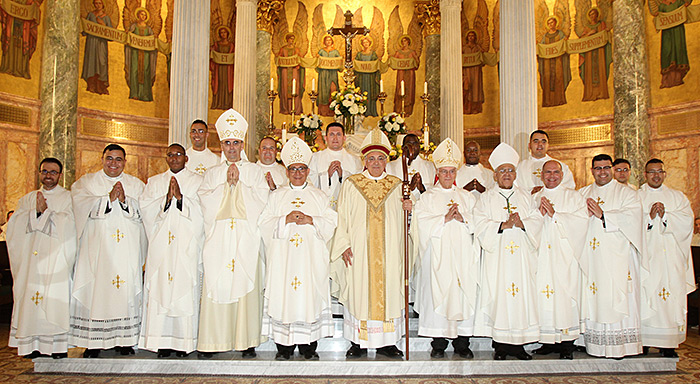 On Saturday, June 28, the Diocese of Brooklyn celebrated the ordination of thirteen new priests. The Most Reverend Nicholas DiMarzio, Bishop of Brooklyn, blessed the new shepherds of the Church at the newly renovated and consecrated Co-Cathedral of St. Joseph in Prospect Heights before more than 1,500 attendees and 200 vested priests.

“In the Diocese of Brooklyn, we are so blessed that 13 men will be called for service to the people of God. Some may think that 13 is an unlucky number. For me, however, 13 is a baker’s dozen, a true abundance of harvest that the Lord has promised to those who pray for laborers to enter the harvest.” said Bishop DiMarzio.

After the Ordination ceremony, the priests were given their pastoral assignments. They will serve the multi-cultural communities of the Diocese of Brooklyn, known as “the Diocese of Immigrants.”